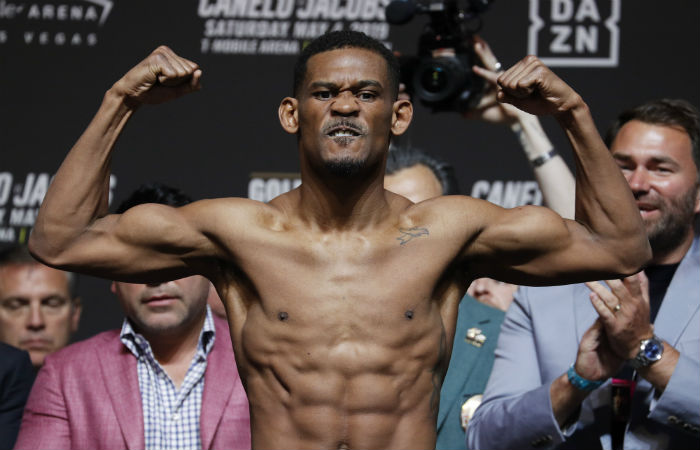 With Daniel Jacobs and Gabriel Rosado set to square off in a November 27th super middleweight fight, both fighters appeared for a virtual press conference hosted by Matchroom promoter Eddie Hearn. Check out some excerpts from the presser below.

Rosado on if he feels like he’s earned this fight against Jacobs:

“Yeah, absolutely. This fight for me is more of a competitive thing…I feel like I got what it takes to beat Danny Jacobs, especially with a solid team, a new team, Freddie Roach, legendary coach, just giving me a whole different format of stepping up to that next level.

“This is a fight that’s not just about me wanting to be in the spotlight or hating on Danny’s success or anything like that. It’s just me challenging myself saying ‘look, I wanna get a shot at the title and I know I gotta get through Danny to do that.’ So that’s what it’s really about for me.”

Jacobs on why he was willing to face Rosado:

“I’ve always been expressive in how I spoke about Gabe Rosado and wanting to fight. I feel like it’s one of those fights that eventhough it wouldn’t catapult my career, it won’t hurt my career either. When you got a guy that comes to fight, when you got a guy who has that grit and has the fans behind him, it calls for a great fight. So ultimately I knew that you got guys that’s gonna say whatever they’re gonna say to get under your skin, but this particularly fighter struck me because of how close to home it was.

At this point both fighters got into a bit of a back-and-forth about the ‘jealousy’ word Jacobs threw out there.

“This fight is happening because the fans want to see this fight,” Rosado said.

“No, this fight is happening because I chose to fight you,” Jacobs retorted. “I want you to understand that.”

Eddie Hearn would soon after bring up a hotel incident where Jacobs confronted Rosado about all of his trash talk, with Rosado saying he wanted to Jacobs him when they saw each other:

“I just wanted to see if that energy was matching,” Jacobs said about confronting Rosado. “Because you can’t say you gonna do something to me then when I press you, you don’t do it. So he let me know, at the end of the day, (all the talk) is for boxing and I respect it…but you gonna know you gonna eat your words and that shit you said is a no-go.”

“What was the point of rumbling in the Cosmopolitan lobby?” Rosado asked.

“Because you said you wanted to smack me,” Jacobs replied. “You can’t smack a boxer inside the ring, so that’s only for outside the ring. So when you had the opportunity to do it, I wanted to make sure you did it.”

That, of course, was still only the beginning of the press event and both fighters will have their opportunity to put hands on one another next weekend. In the meanwhile, check out the full press conference video above.