David Benavidez: David will have no problems making the weight 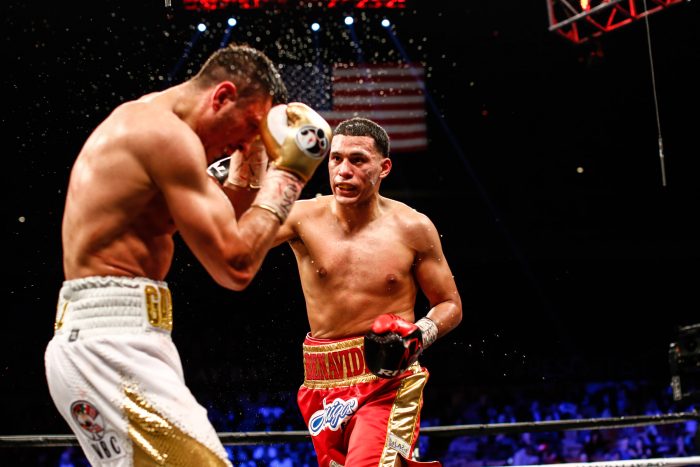 The father and trainer of two-time former super middleweight world champion David Benavidez, Jose, explains that there is no issue with waiting for a crack at Mexican superstar Saul Alvarez. Canelo holds the WBC, WBA world titles at 168-pounds.

Last month, Benavidez returned to the ring to gain a stoppage win over Ronald Ellis in eleven rounds.

Canelo is back in the ring on May 8th, when he faces WBO champion Billy Joe Saunders in a three belt unification.

“We know that Canelo has several commitments: Billy Saunders, Caleb Plant, and a possible fight with GGG, so that gives us time to continue maturing, continue learning, although we would be ready if the opportunity arose suddenly,” said Jose Benavidez.

“Canelo is a teacher, the best pound for pound fighter in our eyes, he has a lot of talent, a great counter puncher. We have also seen several defects, one of them is the jab, he has a bit of a problem dealing with distance, we are focusing a lot on that jab, [his planned fights] will give us time because we have to correct things [in Benavidez].”

“We keep learning, David keeps getting stronger, he’s 24 years old. I think [against Canelo], it’s a fight that people are asking for, it is not going to happen right now, we hope that after three or four fights, like Floyd Mayweather gave him the opportunity, he will give an opportunity to us. We can prepare very well to give a good show to our Mexican people.”

“David will have no problems making the weight. [Against Ellis] he came in at 167.2 pounds with a good diet, with good discipline, so I think we can be at 168 pounds for a long time.”