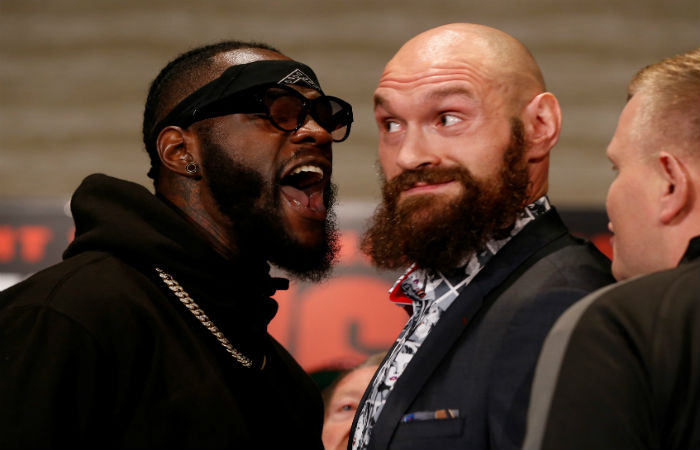 Deontay Wilder helped clarify that lingering query a bit when on Friday he went on the Randy and Gerry Sirius show, and talked about Fury blowing off the rematch that had already been made.

”We knew Fury wasn’t gonna take this fight,” said the Alabama-based athlete. “You know, we got to a certain point in time when they were stalling about signing the contract that was already set a week ago. When he was stalling from signing that, we knew something was wrong. We knew it was the problem where (Fury promoter) Frank (Warren) wasn’t answering his phone anymore. You know it wasn’t no reason for him not to answer. We knew something was up.

“Fury had his face in the contract for a week to get a rematch on. That was a 50/50 deal. So you know nothing was wrong with the contract, that everything was good. But Fury did not want to fight me. Fury signed the ESPN deal to run away from me. You can’t go nowhere. Well where he gonna go? He’s not a champion. He didn’t win the fight.”

The WBC heavyweight titlist spoke on his options.

“I’m the champion of America. And all these guys get in deals is based off of the potential of fighting me. If I don’t get Tyson Fury again, I say fuck him then. If you don’t want to fight, I got to fight someone else. If I keep this attitude up, ESPN is going to be very hurt, you know, because Fury is a boring fighter. Only he got good is his mouth. The only reason people laugh is because they laugh at him and not with him because he has a British accent coming over here in this country. That’s it. Other than that he’s a very, very boring fighter. People will not deal with it, especially not over here in America.”

From my perspective, will be interesting — not every match Fury is in will be “fan-friendly.” To be honest, there wasn’t much volume from him in the Wilder fight and so many minutes of many rounds weren’t scintillating. So we will see if Wilder’s “Fury is a boring fighter” declaration gains traction.

He also said that yes, as part of Top Rank’s entreaty to have him fight Fury again, Top Rank wanted him aligned with them as promoter for four fights.

“My mandatory, Dominic Breazeale,” in May, the pugilist said.

He then admitted that he’s frustrated because Anthony Joshua and Fury are, basically, ducking him. He ended with a slap at Fury, for being “redundant” by playing up his comeback from a suicidal state. Basically, we are being conned by falling for it, he insinuated, because Fury merely won a “moral” victory.