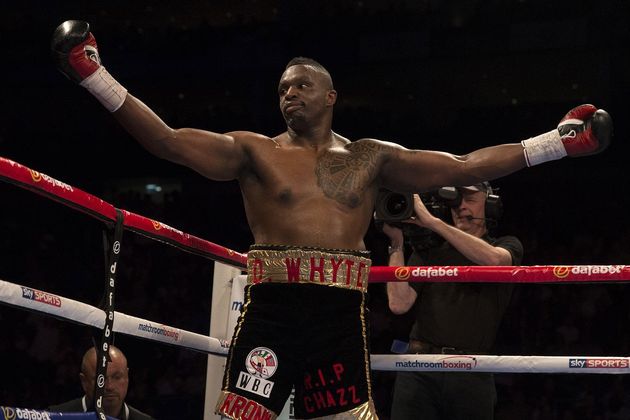 Whyte, who was stopped by AJ in 2015, has been disappointed in attempts to seek a rematch ever since.

Upon witnessing Joshua lose all his title belts last weekend in New York, Whyte believes the lack of chance to use PED’s in America contributed to AJ’s downfall.

“He talked to his coach, “why do I feel like this?” – because you’re in America with the VADA testing and you’re not on the juice that’s why”, explained Whyte.

“It’s harder to get therapeutic use exemptions (TUE) there than it is in the UK, that’s why.”

On Joshua’s performance, Whyte added: “He seemed scared, not bothered, he was running, he was jabbing out of range, he was retreating, he had his left hand down”, he said.

“When he got hurt he didn’t know whether to hold or tie up. He seemed like he wasn’t bothered, like he didn’t want to be there.”

“Maybe he couldn’t deal with the pressure anymore, he just seemed like he was there to collect his money. He said he was the landlord but he failed to collect the rent.”

In a further interview with “Sky Sports”, Whyte stated:

“I don’t think he overlooked Andy Ruiz Jr. If anything he was a bit too respectful.”

“Ruiz Jr is such a nice guy and he was giving him his belts, taking photos with him. I didn’t understand it when you’re about to go to war with this man.”

Whyte returns next month against Oscar Rivas, but now faces a longer wait to finally land a rematch with Joshua.

It’s possible another opportunity would open up for Whyte to claim a Stateside challenge himself with Joshua tied up with a Ruiz rematch.

Ruiz v Joshua II is slated to take place in November or December on UK soil.