Donald Cerrone: Fifty is the number I want 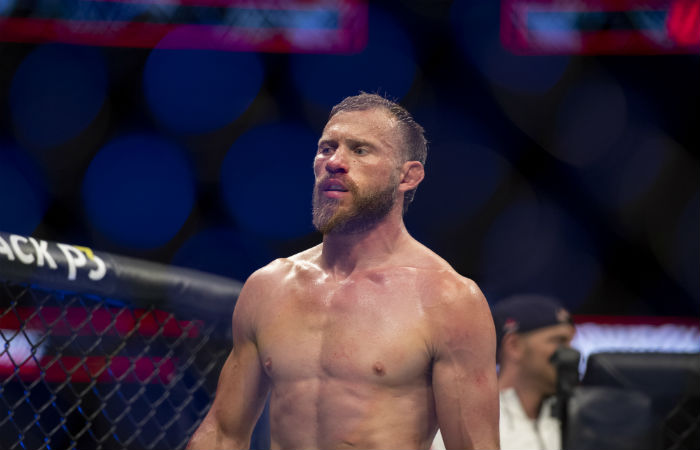 Donald Cerrone is still optimistic about his UFC legacy. The MMA fighter is already in the books with his amazing performances.

Here is what he said after his loss to Justin Gaethje in the main event of UFC on ESPN+ 16, which took place Saturday at “Rogers Center”:

“I’m not making any excuses. The ref clearly thought I couldn’t continue.”

“That’s the way this game is. Sometimes, you get the ref that lets you get pounded in. Sometimes, the one that won’t. I got the one that wouldn’t. So maybe it’s better for the longevity for me and my boy here. Maybe he didn’t beat me retarded, so that’s good.”

A second straight loss didn’t shake Cerrone’s love for the sport, or his title prospects after another setback.

“Fifty is the number I want, so I’ve got new for my coaches and corners: There’s going to be a lot more ups and downs and sideways-es,” Cerrone said. “When you’re winning, everyone wants to know – “What are you doing so special that you win?”. And then when you lose, everyone’s like, “What didn’t you do?” Nothing, man. I trained hard. I trained my ass off. It just didn’t work out.”

JUSTIN GAETHJE! He puts away Donald Cerrone in the first round in Vancouver! Unreal power 💥 pic.twitter.com/RbgN40yZDJ

“I would love to fight next weekend, but I don’t know how long of a suspension I got. I don’t know what getting your ass knocked out in 30 seconds looks like on paper, but I think it’s pretty long.”

Cerrone isn’t going to make big promises to change like other fighters.

“Three in a row? Holy moly. You can’t talk like that in front of my boy.”

“Yeah, next fight, hopefully I don’t go three in a row again. That really hurts the bank account. At the rate I spend my money, I need those wins just to sustain life, guys.”

Cerrone will be remembered as one of the most talented, game and active fighters to have competed in the UFC.