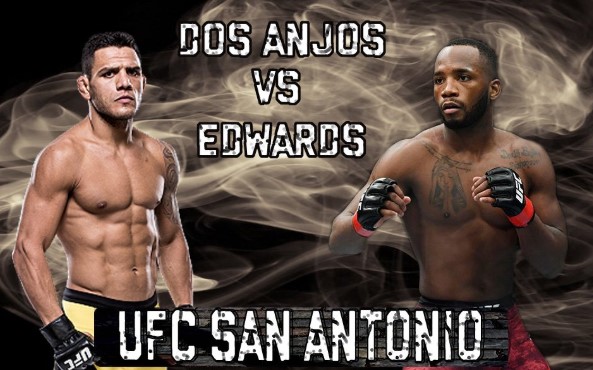 RDA recently snapped a two-fight losing skid in May with a fourth-round submission of Kevin Lee at “UFC on ESPN+ 10”. Prior to that, a pair of high-profile setbacks included an interim title loss to Colby Covington and follow-up defeat against current champ Kamaru Usman.

Edwards, meanwhile, is on a hot streak with seven straight wins, most recently a split call over Gunnar Nelson at “UFC on ESPN+ 5”. A post-fight melee with Jorge Masvidal prompted speculation that the two could finally settle a longstanding grudge. Masvidal, however, signed on to face Ben Askren at UFC 239.

Here’s Dos Anjos’ last 5 opponents…but yeah he’s afraid to get in there with the dreaded Leon Edwards!! 😂 pic.twitter.com/HziW5KTdKi

With the addition, the latest “UFC on ESPN 4” lineup includes: