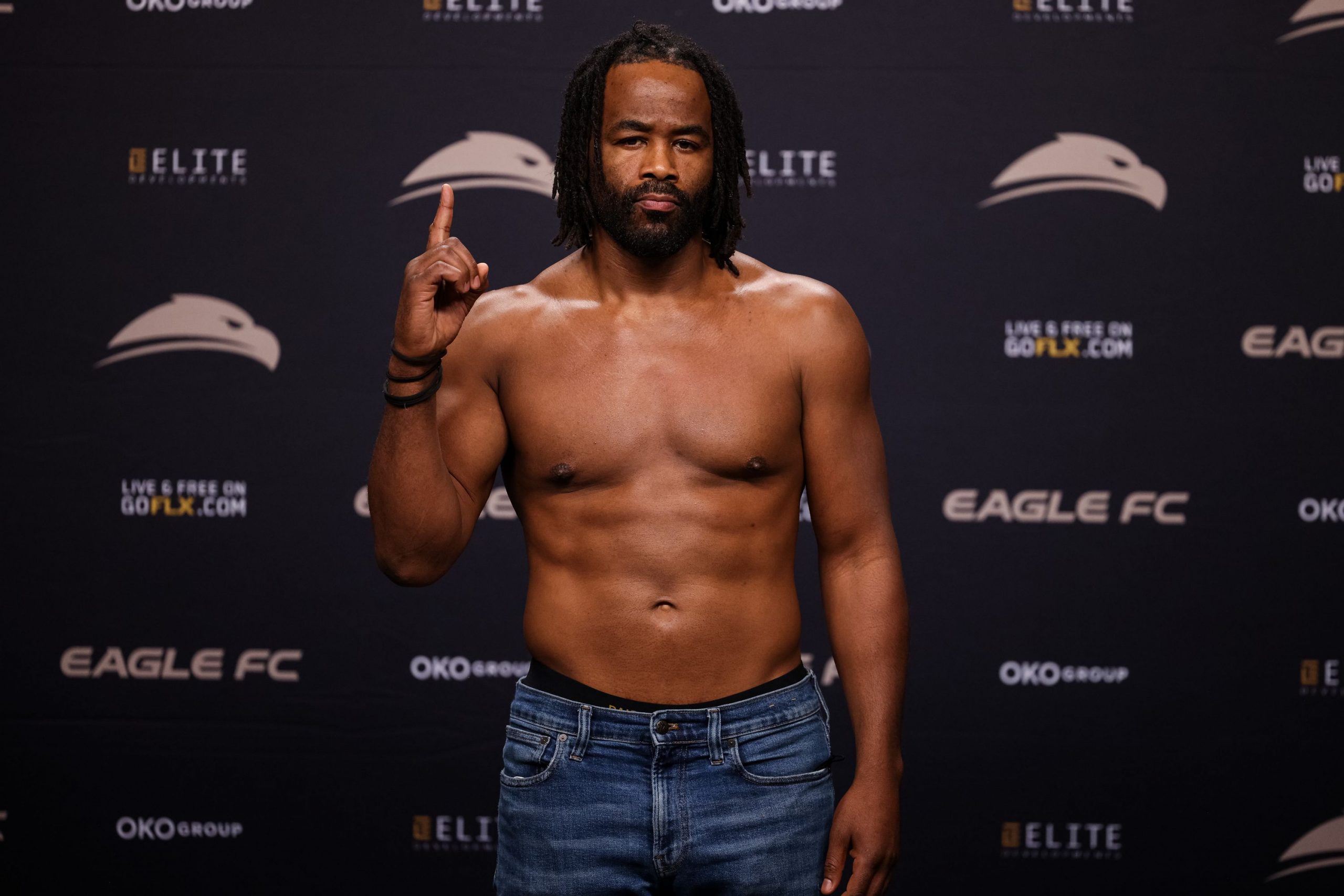 He secured his first victory since November 2013.

Evans (20-8-1), a former UFC light heavyweight champion, ended a five-fight losing skid in what was his first fight since he walked away from the sport in June 2018.

He used his wrestling to secure a unanimous decision victory over Checco (12-6) in the 205-pound bout on Friday at the FLXcast Arena in Miami.

“The action happened fast and before I knew it I was just back in the fight. It felt like a dream,” Evans said in his post-fight interview with Henry Cejudo.

“I felt the love (for the sport) again. … I feel like I need to get in a better shape, but I’m open and I’m ready to roll. Eagle, I’m ready baby. Just put me in again.”

The Paratrooper drops HAMMERS on Spong and finishes him in round 2! #EagleFC44 pic.twitter.com/4KwK0CO6eS