Eleider Alvarez vs Joe Smith Jr. might have a new date 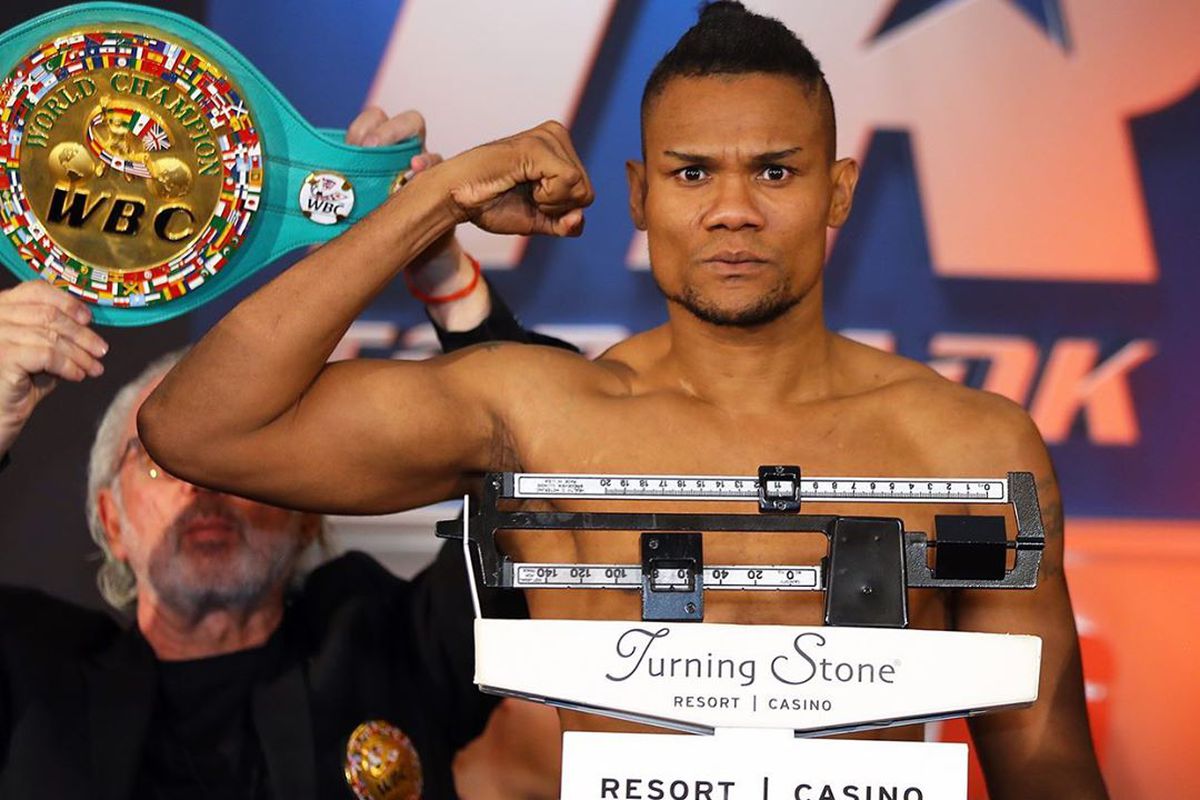 Long Island light heavyweight Joe Smith was readying himself for his eliminator against Eleider Alvarez on July 16, but got word on June 25 that Alvarez hurt his shoulder.

Trainer Jerry Capobianco mildly cursed the heavens when he was told about that, because, he told me, he was loving how Smith looked in training. A friend with an empty boxing gym gave Cap the keys, and he and Smith would go do the work to get ready for a tussle with Alvarez. The winner would be in line to face the winner of a Umar Salamov vs Maxim Vlasov bout, for the WBO’s vacant 175-pound championship.

Cap found a guy who’d tested positive for coronavirus antibodies, so there was some reassurance on that front, that a sparring partner wouldn’t infect Smith during training.

Then, the word of the Alvarez injury. Normally, when we hear about shoulder injuries — or, really, most any injury severe enough to postpone a fight — that means the reset date will be a few months. And Capobianco and Smith (25-3; age 30) were thinking at first that would be the case.

“I was worried they were maybe gonna say November or something,” Capobianco said. But he heard from Smith’s promoter, Joe DeGuardia, on Monday, and DeGuardia had good news.

DeGuardia asked the WBO to get a new date in motion, in very timely fashion. Plus, a doctor’s note, essentially, attesting to the fact that Alvarez’ shoulder had been impacted and kept him from adhering to the July 16 date. DeGuardia told Team Smith to get a little breath, then get back to getting ready. The Alvarez-Smith match would unfold late August, the Smith squad was told.

“I think it’s not gonna benefit Alvarez,” said Capobianco. This hurdle has irked Smith a wee bit, the trainer said, so he’s suggested that Smith take that out on Alvarez.

“Joe’s been so good, listening, head on real straight. I think he gets it, he had a title shot, and now another one is possible, and he understands that doesn’t always happen. It happens as you get older.”

Yes, the trainer said, he liked how Smith handled himself to get ready for Jesse Hart. And people who saw how Joe performed against Hart on Jan. 11 could see for themselves it was a disciplined performance, he did look and act like a vet who understands that he is likely right at or near his prime.

“It was the same [in camp] for this fight,” Capobianco said.

And Smith getting somewhat pissed, wondering if Alvarez used a tweaked shoulder to buy himself more “get ready” time — Capobianco said he told Joe to funnel the anger toward Alvarez’s face.

“Jesse Hart talked, and Joe did what he did. Bernard Hopkins lit a fire under Joe, you saw what happened there. So, same sort of thing could happen here.”