Errol Spence says he’s back down to his weight 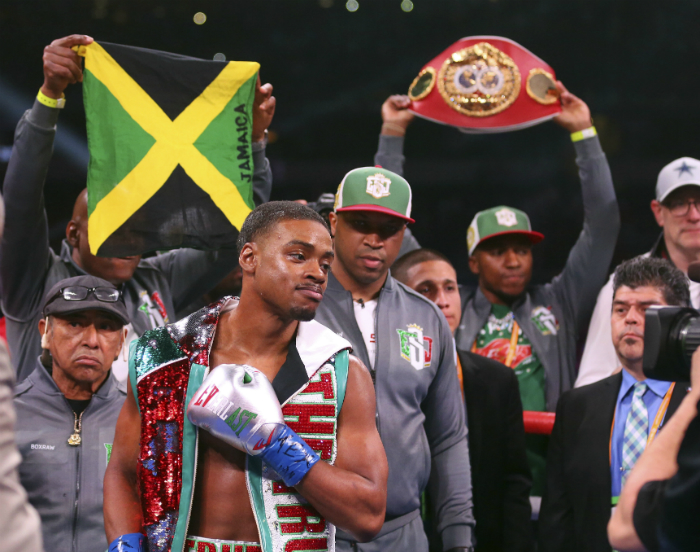 Unified welterweight champion Errol Spence Jr. is indicating he’s ready to get back to action nearly a year after his last fight.

The WBC and IBF champion said he got his weight down and he’s ready to restart his career once the lockdown ends. The champion is being linked with Danny Garcia in what could be a ‘Fight of the Year’ candidate.

The last time ‘The Truth’ fought was in September when he beat Shawn Porter. Unfortunately, Spence was involved in a car crash accident a few days after that, but he had no bones broken or any serious traumas.

“I can’t wait to get back into the ring too. I’m already back down in weight,” said Errol Spence on social media.

“I get my feet wet against the top guys,” said Spence to Brian Custer’s Last Stand Podcast. “Me and Terence Crawford want to fight, but Al Haymon and Bob Arum. I call them the guys in the suits. The guys in the suits want to make sure it makes sense money-wise.

“The money was so big; they had to fight. Everybody wants to make sure the money is right, and everybody gets their fair slice, and then the fight will happen. It’ll definitely happen.

“Little bit,” said Spence when asked if he gets annoyed when he reads stuff on the Internet about people comparing him to Terence Crawford. “Sometimes, I get agitated. It depends on what mood I’m in.

“I’d say Pacquiao and me fighting in the Philippines,” said Spence when asked what’s the equivalent of Anthony Joshua facing Tyson Fury for the welterweight division.

“Fury-Joshua fighting in the UK would be crazy. Wembley is where they hold 80K, right? They’ll sell that place out with 90K easy for that fight. It’ll be huge with just the talking that Fury does with the way he hypes up the fight and stuff like that.