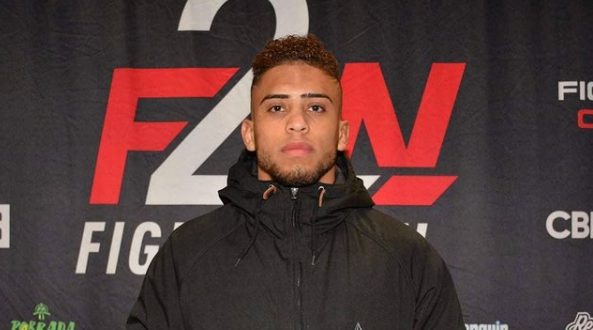 Another action-packed night of matches at Fight 2 Win 163 finished off with a co-main event that ended with a literal bang and a main event that displayed some highly technical gi jiu-jitsu between two of the best young black belts in the game.

Formiga pulled guard, then found the perfect opportunity to scramble up and push Souza down to the ground, landing in side control. Formiga moved up on Souza’s body and trapped an arm, and for a moment it looked like he might be able to land the armbar, but Souza escaped danger and moved to attack Formiga’s arm. Formiga also managed to avoid the submission and transitioned to top half-guard, staying low on top of Souza. Formiga then went for an Ezekiel choke, which Souza defended. Souza managed to trap Formiga in his closed guard, but Formiga soon stood up and slammed his opponent down. The slam worked, and as Formiga got free of Souza’s legs and transitioned for a submission, he and the referee noticed that Souza seemed unresponsive, possibly unconscious or at least significantly dazed. Souza was unable to continue, and Barbosa was declared the winner via slam and retained his masters title belt.

Maciel immediately pulled guard and transitioned to single-leg x, sweeping “Pato” and working to pass his flexible guard. Pato maintained solid frames as Maciel pressured down to try to get past Pato’s legs, with Pato willing to invert to retain the guard. Maciel then moved to attack the ankle, going belly-down for the submission as Pato countered with a toehold attempt. Both competitors abandoned their submission attempts, and Maciel returned to trying to pass Pato’s guard. Pato continued to invert to protect his guard and snatched up one of Maciel’s lapels with both hands to keep him at bay, letting go just before the clock went down to four minutes.

As Maciel stood up, Pato inverted beneath him, but Maciel was able to get beneath Pato and hurry to get the back. Maciel wasn’t able to get his hooks in, but he secured an armbar hold from the belly-down position. Pato flipped over and Maciel tried to extend the armbar, but Pato was able to step out of it and fall back for a footlock attempt, which Maciel countered with an ankle lock of his own. Maciel went belly-down for the submission as Pato again countered with a toehold. With about thirty seconds to go, Maciel abandoned the submission and sat up before falling back for a toehold, which was mirrored by Pato. Neither competitor was able to finish the submission, however, and the close match was deemed a split decision in Maciel’s favor by the judges.

With the win, Maciel retained his lightweight gi title, which he earned against Osvaldo “Queixinho” Moizinho at F2W 151.