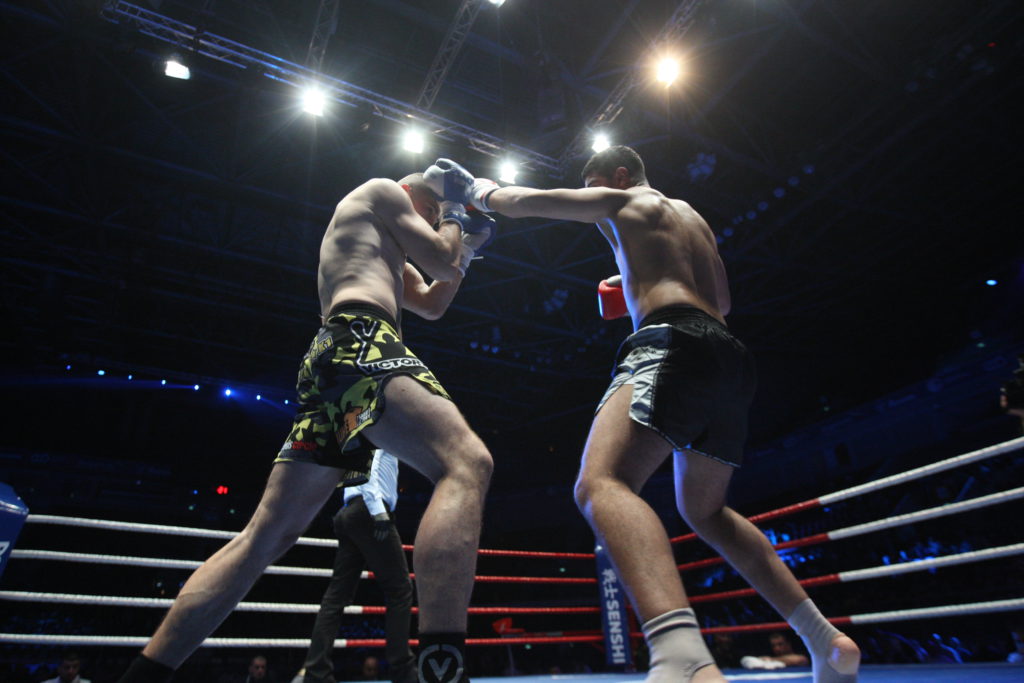 A Karateka Searches for The Secrets of Success in the Ring

My first steps into the ring make me feel like I weigh a ton. The floor sinks slightly under my feet, sending signals to my brain that are amplified by a hundred voices screaming my name.

It was a surreal feeling, to say the least. From the months of preparation to the last minutes in the locker room, I’d rehearsed for an event for which nothing could prepare me.

The tension rose, the ring judge moved forward, the crowd went quiet and the bell rang — and suddenly all I could hear was my breathing magnified by the beating of my heart.

I looked into my opponent’s eyes and smelled the rage inside him. The smells were from the secretions the body produces when it senses danger. His pupils were dilated like those of a bull about to charge, a beast that was waiting for his victim to make just the right move before goring him to death.

And then the first punch hit my body, reverberating through my organs. The pain was incredible, but like a cork that blows to release the pressure in a bottle, my senses come back the same way they left, and I became whole again.

I emerged from the daze and heard a smack — a palm hitting the floor in my corner of the ring. It was followed by the familiar voice of my coach George: “Move! Move! Don’t stay there!” I feel the punch and tell myself: “That’s it? That’s all there is? Go!” I circle and kick him in the leg. Seeing him cringe, I allow myself a moment to reflect.

This has always been my downfall, and every fight I’ve had has shown me that the fear — the “jitters,” as they call it — never really goes away. The big question is why.

“It’s the nature of our minds [because] we have the ability to think ahead,” said Dr. Peter Bender, a sports psychologist who works with fighters, most prominently Georges St-Pierre. “People start catastrophizing, and a multiplying effect ensues where negative thoughts take over the mind.”

I asked him why fighters start to doubt themselves when they train so much and are in their best physical shape. “Angst is emotional,” said Bender, who also has coached the Canadian national judo team. “The worry, the anxiety, the pressure, letting people down — it’s an emotional thing.”

Bender said he strives to move his clients away from those thoughts and toward positive thinking: “When you prepare for a fight, focus on the things that you can control. You can’t control the referee or the judges, so why waste your time on them? Don’t worry about things your opponent does. Focus on your fight, focus on targeting your spots, avoid dark thoughts and, most importantly, fight to win, not to lose.”