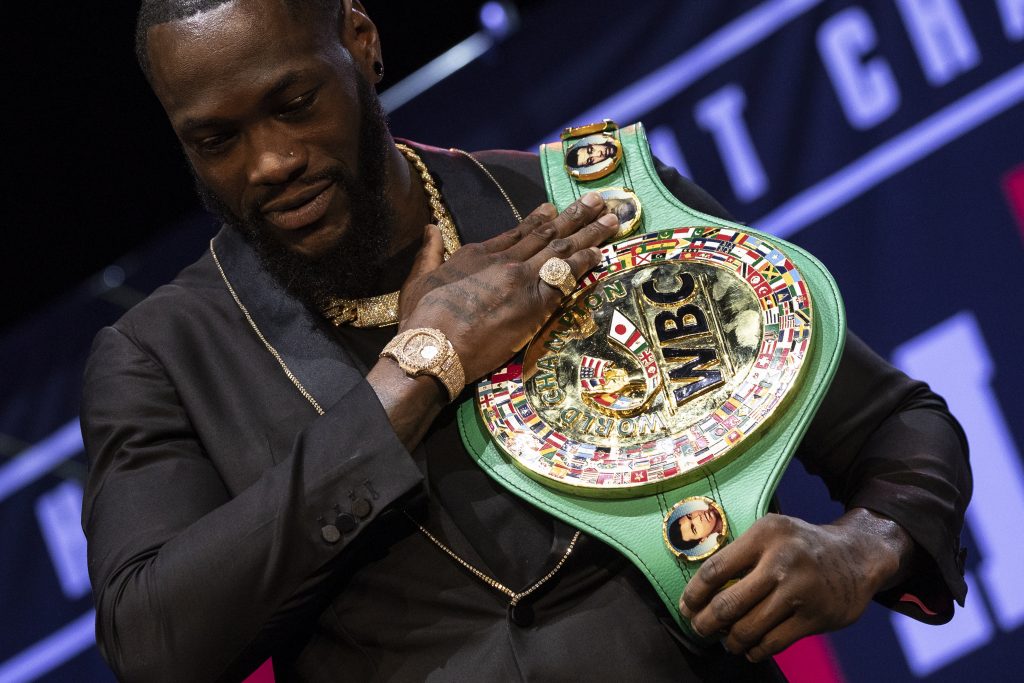 We sure live in the era of cross-joint events. Boxers vs. MMA fighters, celebrities vs. former NBA players, MMA fighters vs. vloggers and etc.

Now former NFL wide receiver Brandon Marshal believes he should be getting involved in real boxing and he said he wants to face the former WBC world heavyweight champion, Deontay Wilder.

The 36-year-old retired from NFL in 2018 and became a boxing enthusiast. Bad news is he believes he should be exchanging punches with a professional boxer, never mind the fact that this one posses one of the most devastating right hands in the history of the sport.

“But what I’d say, I would challenge Deontay Wilder to dive a little deeper into the sweet science, and that’s where I think I separate myself from a lot of these heavyweights.”

“You haven’t seen me on pay-per-view. No, I don’t have a win under my belt, or a loss, or a knockout. But at the end of the day, I know how to fight, I know how to box, I know the sweet science,” Marshall said.

If it doesn’t happen before September, I’m gonna retire. I’m retiring from boxing. I’m retiring before I even step foot in the ring,” Marshall said.

“If it doesn’t happen, I’m just gonna move on to other things because I’m tired of chasing these guys.”

No athletic commission in the United States would approve Wilder vs. Marshall as a sanctioned fight. And it’s even difficult to imagine that contest being approved as an exhibition.

Wilder, 35, is yet to make a statement on his comeback fight. “The Bronze Bomber” hasn’t fought since last February when he got smashed by Tyson Fury in Las Vegas.