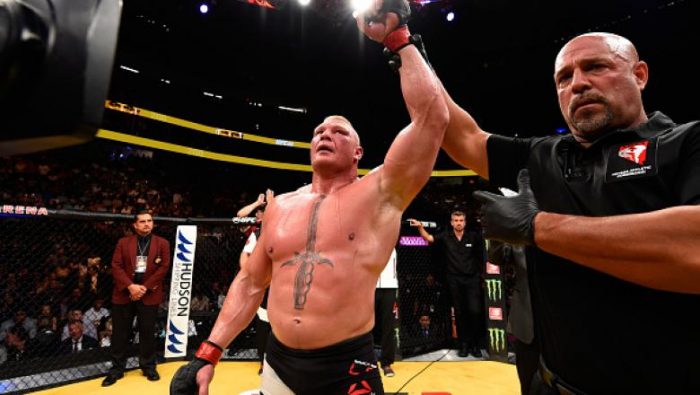 The UFC legend Frank Mir thinks WWE superstar Brock Lesnar is a better MMA fighter than Fedor Emelianenko. He was defeated by both of them, so a comparison between two is something he can make.

“Oh Brock, no doubt about it [is the tougher fighter],” Mir told Sporting News.

“Lesnar’s physical speed and the wrestling in just being able to control position. Fedor’s wrestling isn’t very good. At his age, he’s become just a pure striker. His hands were fast and were explosive and clean. But he’s a one-trick pony,” Mir added. “I have hit a lot of guys in my career and said: “Oh, that is a great shot”, When I hit Fedor and he fell down, I was surprised because it wasn’t even a hard punch,” Mir revealed.

Several years ago, the Lesnar vs. Emelianenko fight was already on the works. In 2013, UFC and Dana White who’d been longtime suitors of Emelianenko, actually attempted to finally secure the Russian’s signature and offer a superfight with Lesnar. Talks appeared to be progressing towards a deal until somewhere along the road, an unexpected hitch dismantled the negotiations, reports www.ibtimes.com.