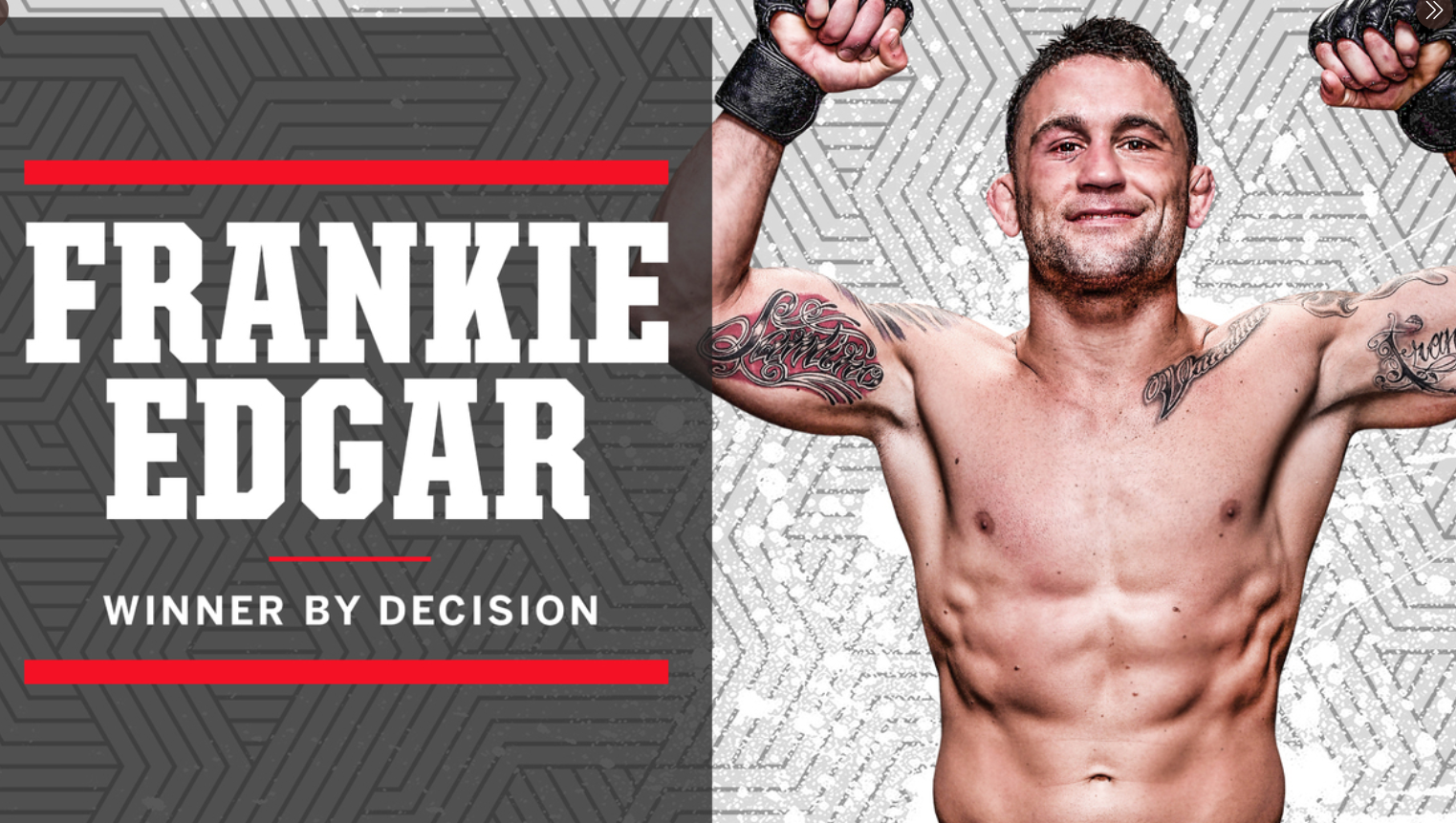 Frankie Edgar is now the number 5 ranked bantamweight after he won a close decision on his 135 lb debut last week against Pedro Munhoz. The former lightweight champion constantly fought bigger and stronger opponents throughout his career, and while he certainly found a lot of success still, he now finally looks to be in his optimal weight class.

When asked what’s next, Edgar says he’s interested in facing another fellow former UFC champion for a “legacy” fight.

“Another guy that’s also a little older and a legend himself is Dominick Cruz. A lot of people are talking about that, so I’m definitely interested,” Edgar said on Bruce Buffer’s It’s Time podcast (HT: MMA World). “The title is obviously my main goal, where my sight’s on, but it doesn’t have to be right away, and I’m willing to fight some of those legacy fights as well.

Edgar says he’d be interested in matching up against Cruz’s tricky style.

“I don’t know, it’d be tough,” Edgar said about a possible game plan against Cruz. “You chase him, he’s really good at that, and you don’t want him chasing you either. So I think you got to mix it up and try a little cat and mouse game with him.”

From 2010 to 2011, both Edgar and Cruz were holding UFC titles at the same time. They were two weight classes apart then, but a decade later, they find themselves ranked in the same division, both looking to get back up to title contention.

Edgar, 38, last fought for a title in 2019, when he lost to Max Holloway at featherweight. Cruz, 34, fought for the bantamweight belt last May, losing his return bout against two-division champion Henry Cejudo.