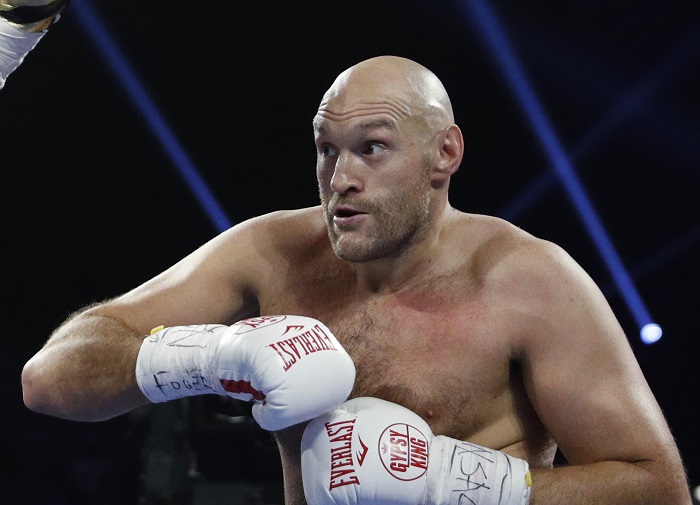 Good things come to those who wait, and sometimes, great things. The pandemic has put the world off axis, but Covid is being beaten back in many spots on the global map and that means businesses can get back to normal.

And in boxing, business back to normal means getting some of the superfights that the pandemic has put on hiatus off the ground. It’s looking like one such superfight — the Tyson Fury vs Anthony Joshua heavyweight collision — is edging towards being solidified.

Fury co-promoter Bob Arum told Bad Left Hook that he’s feeling like the deal terms for an Aug. 14 date in Saudi Arabia can get wrapped up in a bow, and the fight can be officially announced next week.

“These deals are very, very complex,” Arum said. “Especially when it’s a lot of money like this — it’s very, very complex. Everybody has been trying to get this done, and we have a couple of issues — nothing between the fighters — to deal with. They’re not unusual issues, but they have to be resolved.

“We sent (deal principals in Saudi Arabia) a memo, on behalf of the promotion, and they said it’s the holiday, the end of Ramadan, and nobody is in the office. They need the minister of sports’ approval, and they told us we should expect an answer Saturday or Sunday.”

“Friday is a holiday,” Arum continued. “So hopefully they accede to what we’ve asked for, and I’m optimistic they will. Then, we can do a proper announcement of the deal, not Frank (Warren, Fury’s other co-promoter) and Eddie (Hearn, promoter for Joshua) spouting off. I’m very optimistic.”

Arum said he is liking that targeted date because the Olympics in Tokyo will be complete. Aug. 7 had been discussed but the Games were going then, and also the UFC has an event.

“We have reserved Aug. 14 for pay-per-view in the United States,” Arum stated.

The fight would play out between 11-midnight in Saudi, for the record.

Premier League games will be in motion Aug. 14, but would be over by the time the British area fans will want to tune in to see if AJ can topple Fury, who has promised he will drop and stop Joshua.

“Hopefully,” Arum said in closing, “we’ll be in a position to announce the fight next week.”