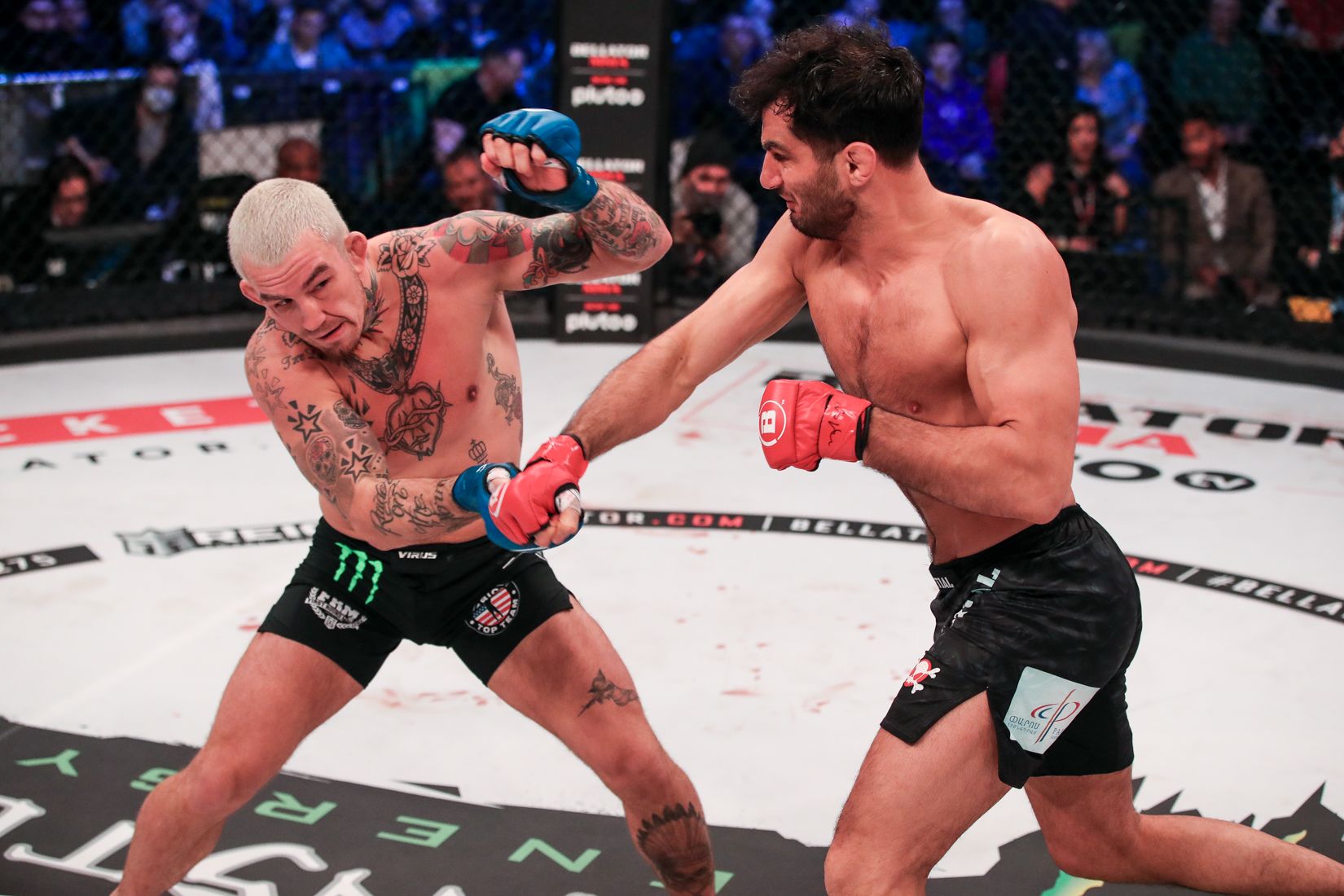 Gegard Mousasi proved Austin Vanderford is not quite ready to take the jump to the championship level at Bellator 275.

During Friday’s headliner at 3Arena in Dublin, Mousasi (49-7-2 MMA, 7-1 BMMA) defeated Vanderford (11-1 MMA, 5-1 BMMA) via TKO at 1:25 of Round 1 to successfully defend his Bellator middleweight championship.

From the get-go, Mousasi showed to be the more technical and accurate striker. The first big shot Mousasi landed hurt Vanderford, who never appeared to fully recover.

Mousasi powerfully stuffed Vanderford, who covered up. Mousasi rained down hellacious strikes until referee Kerry Hatley dove in. Vanderford rolled over and clutched his left shoulder, which appeared to be injured as a result of Mousasi’s hard sprawl.

“I’m the best middleweight,” Mousasi said in his in-cage interview. “I never said that because I never believed it. But from now on, you better believe it.”

“We’re not f*cking around with that guy… If he wants to come [at me], he can come. I’m not kidding.” pic.twitter.com/qTB5pI46JQ