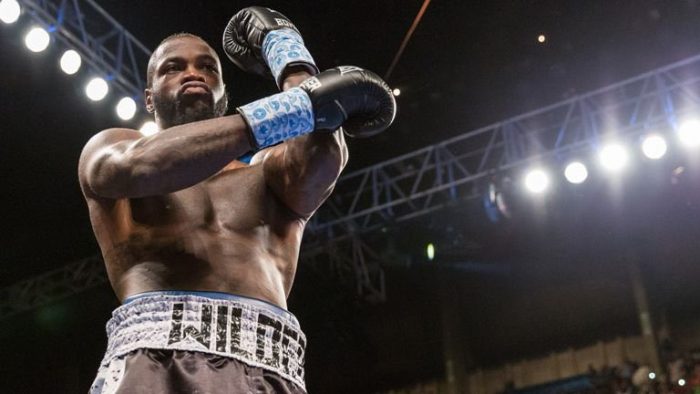 Former world heavyweight champion George Foreman, now 71, spoke with TMZ Sports about a recent conversation he had with ex-WBC titleholder Deontay Wilder, and says he believes Wilder can win when he faces Tyson Fury again, which is now tentatively slated for Oct. 3.

“I expected Fury to win the fight,” Foreman admitted, “but not by knockout, and not to get a knockdown early like that at all. Unexpected. But the fight, I really thought he’d win it on points, but he said he was going for a knockout. Sometimes you gotta believe us guys when we start to boast.”

Foreman agrees with the vast majority who now see Fury (30-0-1, 21 KO) as the unquestioned best heavyweight in the world.

“Right now, he’s the best,” he said. “But I told Wilder, I had a conversation with him, I said, ‘Now once a rematch is made, the title is vacant again.’ You gotta look at it like that. You can’t say, ‘I want my title back,’ so your title is there. Just grab it again.”

Foreman said that Wilder is a “very sensitive man,” and said that the conversation came together because of things Foreman had said, with Wilder (42-1-1, 41 KO) openly willing to listen to someone who’s been there before.

And, as Foreman notes, he’s very much been there before.

“We talked because I was in a position where I lost unexpectedly with the title in Africa [to Muhammad Ali],” Foreman said. “Only I know what he’s going through, only I! Because I was, ‘He’s gonna get him, George is gonna do this’ — then there I am, getting off the floor. He’s gonna have to live with that, but I can show him how to live with that and come back better.”

And yes, Foreman thinks Wilder can win in the third fight, having struggled badly with Fury’s style in their first two encounters, the first of which was a controversial draw in Dec. 2018.

“Not only beat him, he can do it easily,” Foreman believes. “As a matter of fact, he could’ve won that boxing match. A few things people take for granted — trainers get overwhelmed with all of this publicity, and they just don’t know how to take advantage of that day. That’s what happened. Give him another chance! He’ll show you!”