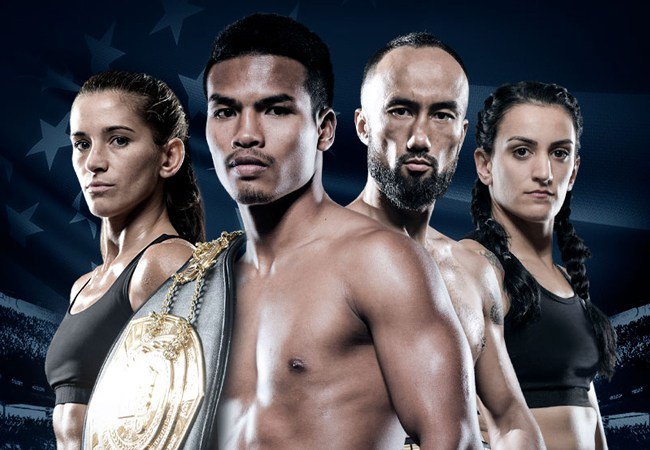 Thailand’s Petchpanomrung Kiatmookao put on another masterful display in a unanimous decision win over Anvar Boynazarov to retain his GLORY World Featherweight Title.

The show was held in Orlando, Florida Friday night.

Kiatmookao, better known as “Petch” – won over second-ranked Boynazarov to successfully retain his title for the second time. The Thai southpaw stayed at distance and used his body kick, low kick, and front kicks effectively.

Boynazarov’s game plan seemed to be to wait for openings to try and land big punches. He was never able to connect with a big shot to change the outcome. All judges gave the Thai champion every single round (50-45).

Fighting before a big crowd of supporters, Florida’s Ten Pow (10-1, 5 KOs) got the win but didn’t get the knockout he was looking for. Ten Pow knocked down the Moroccan with a right hand in round one. He continued to attack and look for a big technique throughout the bout, and threw a good number of spin kicks. El Kasri (2-3, 2 KOs) landed some good kicks in the match, but it was a clear win for Ten Pow. Scores were 30-26 (3x) for Ten Pow.

Asa Ten Pow showing off the POWER in the first! #GLORY67