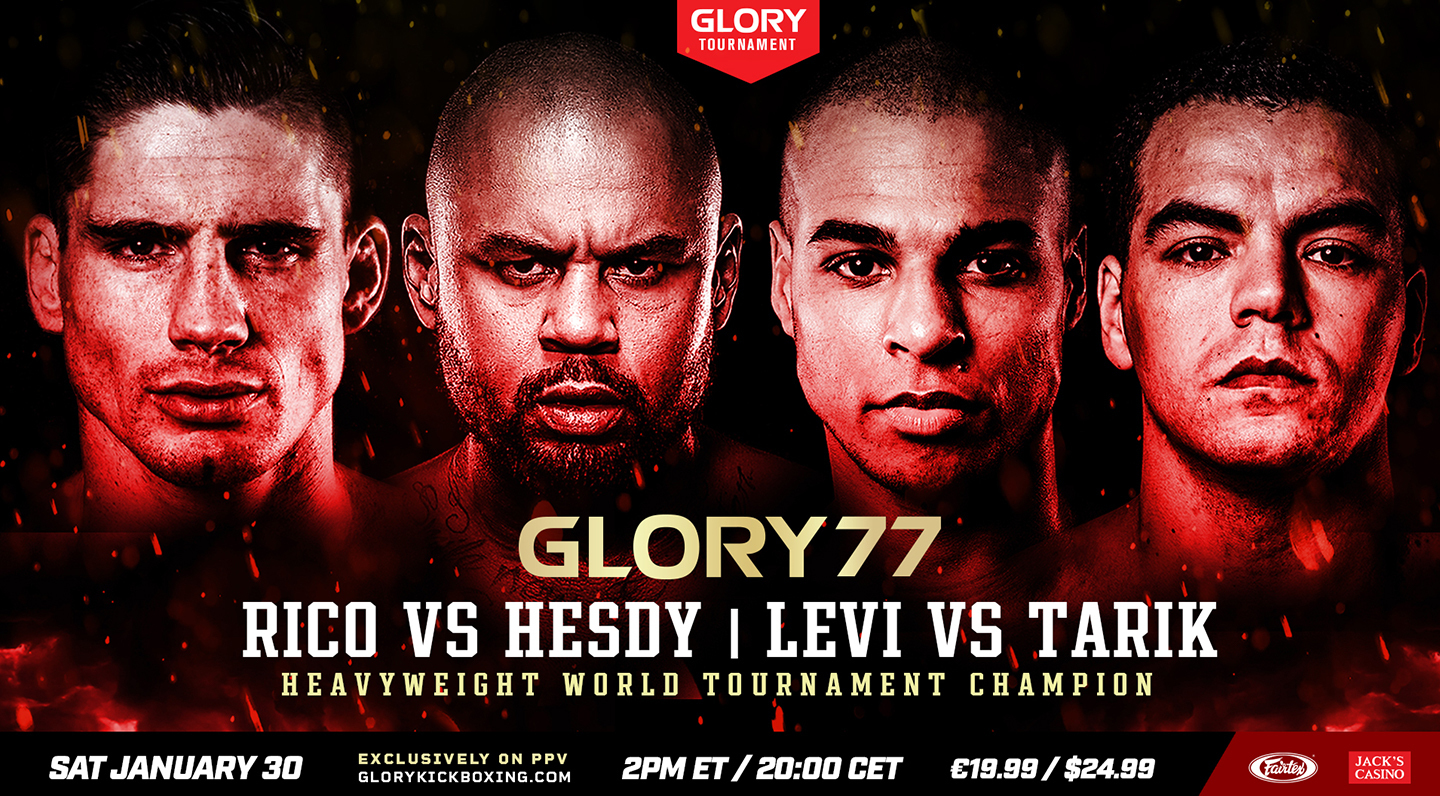 GLORY heavyweight champion since 2013, Rico Verhoeven (56-10-0, 17 KO, The Netherlands) will face Hesdy Gerges (51-19-1, 8 KO, The Netherlands) in the first semi-final of the tournament. The two fighters have a long history together: Verhoeven defeated Gerges twice by decision in 2011 and 2012 and Gerges has made numerous public statements about his personal feelings towards Verhoeven. “I don’t like him at all, he irritates me very much. When he talks about me, I want to punch him” said Gerges in a past interview. Their last verbal mishap took place at the Collision 2 post-event conference when Gerges interrupted and challenged Verhoeven during his interview with the media. Gerges will have one last chance to take on ‘The King of Kickboxing’ on January 30.

One of the most promising kickboxing talents, Levi Rigters (11-0-0, 5 KO, The Netherlands) made an impressive GLORY debut winning the 4-man heavyweight tournament at GLORY 76. Still undefeated as a professional fighter, Rigters has won all four tournaments he participated in and is considered by many as a true tournament specialist. “I have been working so hard with my trainer over the past ten years to get to this moment. Now we are here, and I get the opportunity to show the world why I deserve to fight against the best” said Rigters.

GLORY newcomer Tarik Khbabez (46-6-1, 26 KO, Morocco) completes the heavyweight tournament lineup. Initially scheduled to make his GLORY debut against Antonio Plazibat at GLORY 77, his fight was cancelled after Plazibat sustained an injury during his camp. Khbabez will now square off with Rigters in the second semi-final of the tournament. Khbabez started his kickboxing career in 2013. His career highlights include wins against Anderson Silva, Ibrahim El Bouni and Andrei Stoica.