Golovkin refuses to look too far ahead 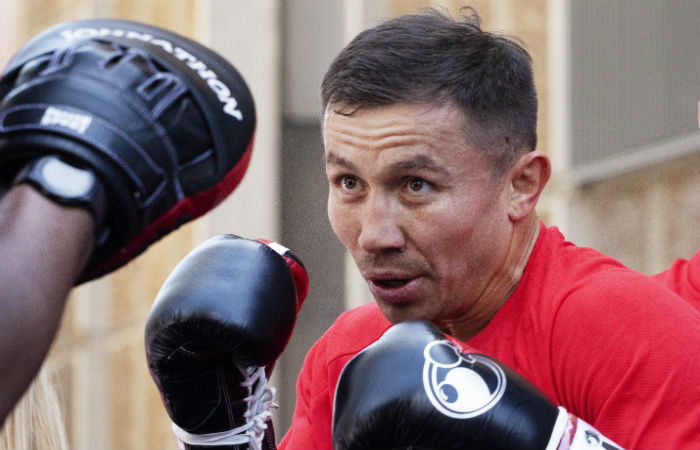 GGG still loves going into battle like he did over 24 rounds with Canelo Alvarez in 2017 and 2018, and Sergiy Derevyanchenko in 2019. In between there were early knockouts of Vanes Martirosyan and Steve Rolls, but those aren’t the fights that get the Kazakhstan native’s blood pumping.

Here is what his trainer Johnathon Banks said for Boxing Scene:

“Every top-quality fighter wants someone to at least try to bring out the best in him or fight a fight that people want to talk about not only the next day, but for the next couple of years,” Banks said. “One thing about GGG; he embraces all challenges. He has never ducked anyone. He accepts any type of challenges and he loves making the fights as dramatic as possible.”

No one knows if there will be a “big drama show” when he defends his IBF and IBO middleweight titles against unbeaten Kamil Szeremeta this Friday in Hollywood, Florida.

“Of course, I would have wanted for this fight to happen earlier, but as for how it might affect me, the fight will tell,” he said.

“I honestly don’t know how to answer this question,” he chuckles. “I think I had too long of a vacation and too long of a break, especially from the questions I’m being asked during these interviews. I believe I was better handling those questions in the past than I’m doing now.”

“I think rest is good for anybody, whether you’re GGG caliber or not,” Banks said. “Any type of time off you can get can put your mind in a different place. As a fighter, the goal is to take all your energy and everything you have and have one immediate goal in mind for one particular night. And you may have to do that for nine to ten weeks. So him not having to do that, he was in a good space to be able to enjoy some family time and just work out three or four days a week just to stay in some type of fitness condition.

Golovkin’s dedication to his craft mirrors that of the man he is tied with 20 defenses at 160 pounds, Bernard Hopkins, and the fact that both were so good for so long in one weight class certainly marks them as a different breed. Banks certainly agrees.

“He’s a very disciplined guy, that’s number one,” he said. “Number two, it is very rare because when you get guys that get to a certain level, that’s when their character is really revealed. And GGG always reveals his character as a true professional and a disciplined guy, always. You get sparring partners to come in to spar, they realize that they’re sparring a guy on a different level, but that doesn’t change their habits. they still show up late, they still miss practices, and I gotta send them home. You gotta go. This man is a true professional, and if he’s being one, then everybody else in camp should be one as well.”

When you hear that, you think that maybe Golovkin hasn’t lost a step, like many believed he did in his lone loss to Alvarez or in his close win over Derevyanchenko. Maybe he just needed a break. Unfortunately, that break was because of the COVID-19 pandemic that swept the world and now has one of the most popular fighters on the planet competing in an empty room on Friday night.

“I did think about this and I think it’s horrible,” Golovkin said of the pandemic the world is still battling. “It affects everybody. Some people it affects more, some people suffer less losses, some people’s losses are more tangible. All this is saddening, but I want to reiterate that in this situation, like in any situation, you need to concentrate on what you do and you need to continuously make an effort and don’t get sidetracked.”

“Every fighter, I have in their head that this is gonna be the toughest fight of your life,” said Banks. “Nobody can guarantee what’s gonna happen. Everybody can make a prediction, you can make a guess, but you’ve got no guarantees once that bell rings.”

So don’t ask Golovkin about 2021 and the big fights ahead, because the biggest one is right in front of him.

“It’s hard to predict,” he said of his plans for next year. “It’s even hard to dream about next year. I suggest we all live and see and try not to forecast fantastic things.”