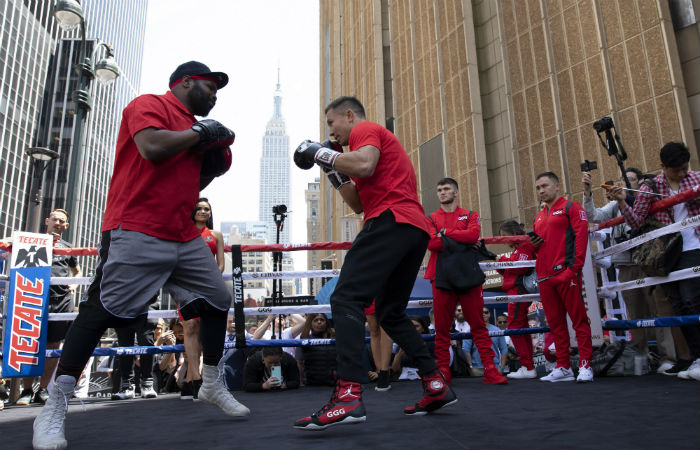 Jonathon Banks, the coach of IBF middleweight champion Gennady Golovkin (40-1-1), wasn’t pleased at all with GGG’s performance in his last fight against Sergiy Derevyanchenko (13-2).

The Kazakh was struggling with the Ukrainian boxer who was getting the better of him in the majority of the rounds. A lot of people were expecting Derevyanchenko to be crowned the new IBF king, but the judges gave a UD win to Golovkin.

The former unified champion had troubles from a defensive POV – Sergiy was landing on the inside and was moving faster than his adversary.

Banks, who worked with the former unified heavyweight champion Wladimir Klitschko, stated that Golovkin needs to change his fighting style or retire. The coach took full responsibility for GGG’s antics inside the ring, because he was the one that implemented new things in Golovkin’s “sitting on opponents” style.

“It’s my fault. I’ve got to get over to him that he needs to do this life or death situation,” said Banks.

“Either he needs to retire or do it this way. If he can’t do it that way, I hate to see my guys taking all these punches, and I know they’re better than what I’m seeing. I take the blame for it,” said Banks.

“I told them, we’re in for a long night,’ because this kid is one tough customer,’” said Banks to Secondsout after Golovkin’s 1st round knockdown of Derevyanchenko. “You’ve got this young kid Dereyanchenko. He wants to sprint.

“When we were starting the fight off, I was trying to get GGG to start the fight off fast, because he’s fighting younger and younger competition. I’m trying to get him to start off faster. You let your hands go, build your own lead, and you can dictate the pace,” said Banks.

“The first round. You seen the way he got up and reacted,” said Banks when asked when the fight started to turn in Derevyanchenko’s direction. “He’s been fighting the way he fights for a while,” said Banks about Golovkin. “Getting him to start slipping punches, moving his head, and letting his hands go is difficult,” Banks finished.