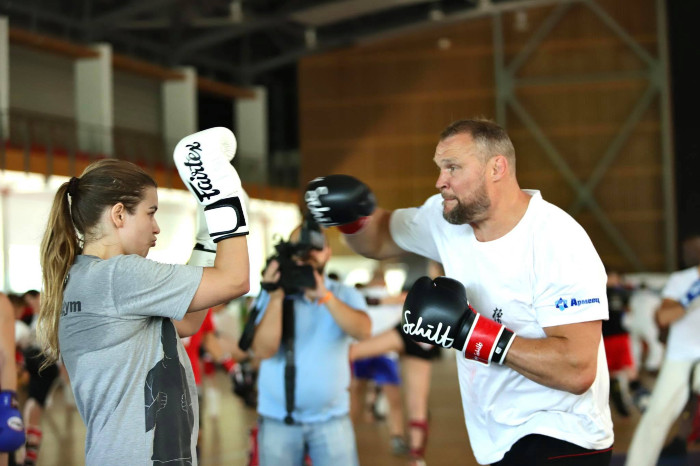 The first training of the third day of the ongoing KWU International Summer Camp in Kamchia was marked by some nice hard sparring sessions. 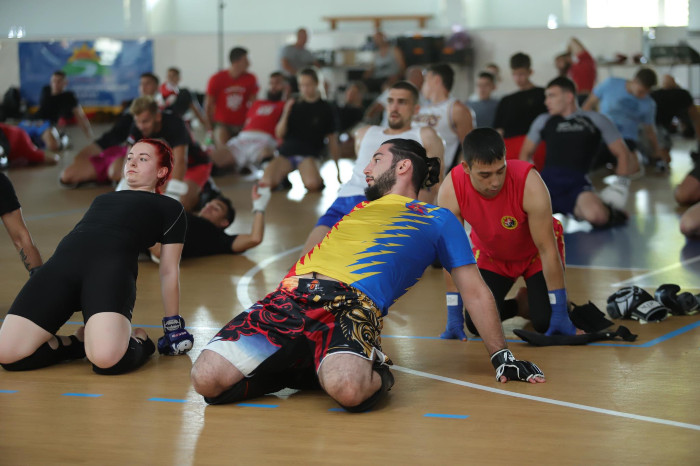 The three instructors of the KWU International Professional League – Peter Aerts, Semmy Schilt and Ernesto Hoost, were in charge of the morning session which was one of the most exhausting ones. Never the less, all the participants in the training gave their best efforts and were smiling from the beginning to the end. 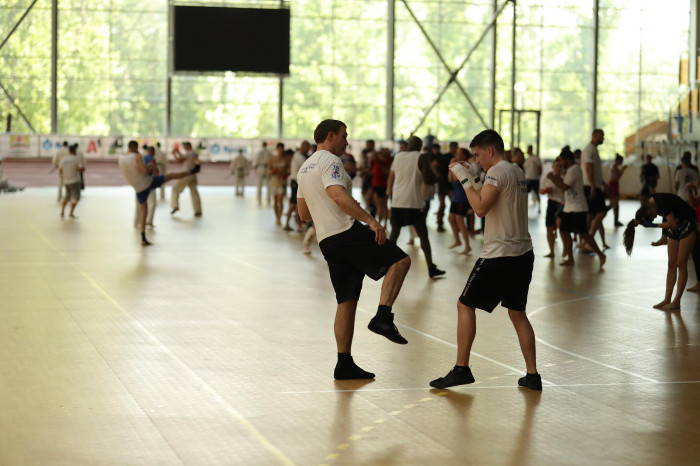 Once again, the three K-1 legend separated the fighters into three groups, and all three of them started with some serious stretching and warming up.

Then it was technique times, with Hoost demonstrating some serious knowledge and skills on the distance game, while Semmy Schilt was showing a lot of different combos and emphasizing the importance of the proper form. 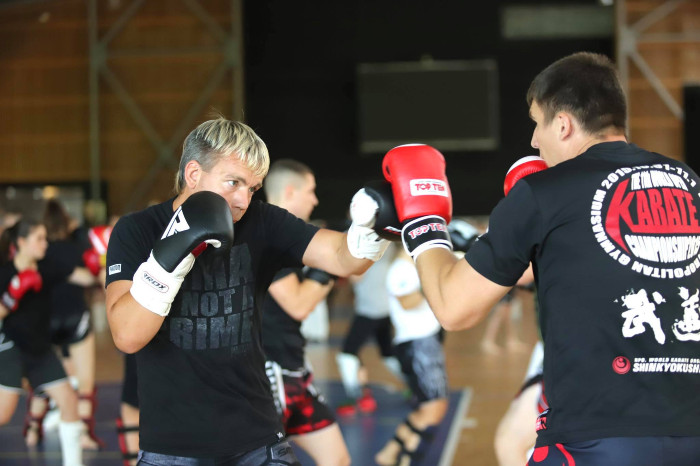 Peter Aerts, who got help by his son Marciano, showcased to everyone why his nickname is “The Dutch Lumberjack”. Aerts was stressing out the importance of the high intensity drills that involved a lot of low and high kicks.

After that, it was time for the big show – the three legends combined their groups into a big one for a simple reason – sparring. The purpose was to change as most partners as one can in order to feel and collide with many different styles. 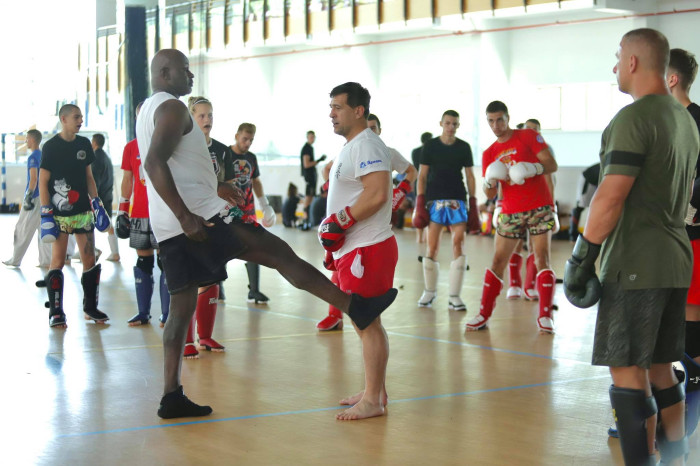 Hoost, Schilt and Aerts were all watching closely, giving valuable tips and advices regarding the proper defence. The kickboxing icons were encouraing all the fighters to improvise with the “bobbing and weaving”, but also to keep in mind the fundamentals.

The KWU International Professional League trainings are part of the 15-th International Summer Camp in Kamchia that is organised by the Bulgarian Karate Kyokushin Federation. During the camp the ninth edition of the elite fight nights SENSHI will be held.