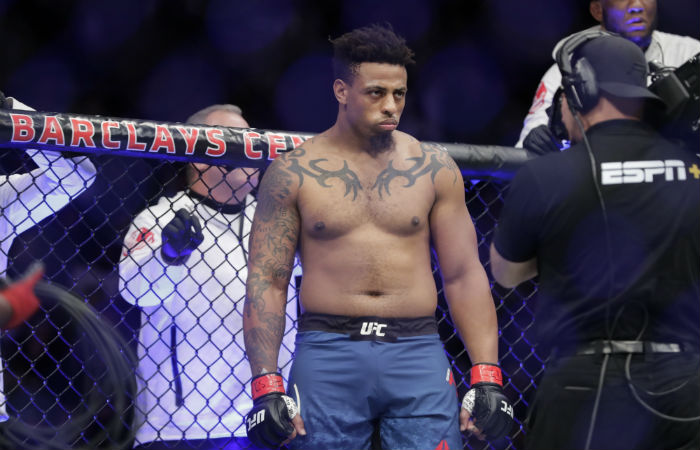 “I’m saying it right now,” Hardy told TMZ in a recent interview. “Dana, man, listen. If you’ve got quarters, I will stay on that island, bro. You know I’m not ashamed to move in. We can fight every couple of weeks, dude. With all seriousness, let’s run it. I’ll live on it and break my own record that I tied last year – 100 percent.”

Hardy accepted to fight Yorgan De Castro at UFC 249 on May 9.

“One, you know me. I’m entertaining, man,” Hardy said. “I’m always smiling and enjoying. Watching fights would be a perfect remedy for just everything that’s happening right now –watching some of your favorite entertainers go out and go crazy and enjoy themselves. Two, I think my mentality has always been the same as far as holding it down for the team. These guys need to put on a big card. They need some big draws. They need some people that are down to fight, you know, besides the BS. I wanted to be the first guy to step up and say, I’ve got you guys.” “I think we start with 15 and go down the line,” Hardy said. “Fifteen fights later, I knock out the guy who’s holding the belt – whoever that is. You get the best show like that. Go down the whole line so everybody can just shush, calm down, wait their turn, and get knocked the crap out. I think it would be one, give me more time to get more experience with the best, which is what I need.

“… Nobody can talk trash because I’d be fighting all the best – everybody with a number. We do it the G. Hardy way – easily just eliminate everybody one by one on the island.”