Henry Cejudo is no longer the UFC flyweight king 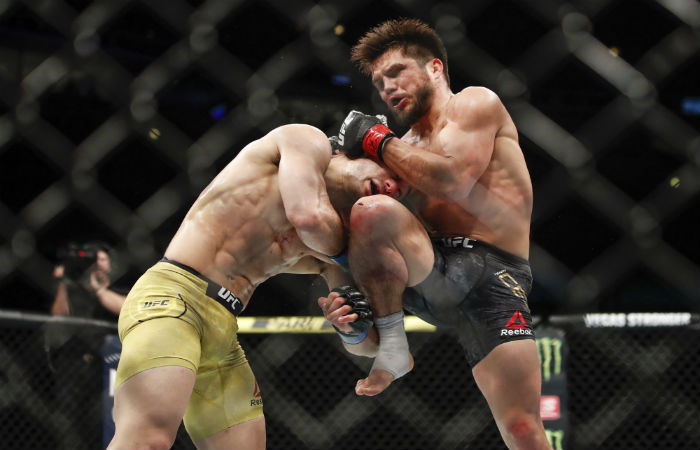 Henry Cejudo (15-2) says he wasn’t stripped of the UFC flyweight gold, rather he has decided to relinquish it.

Cejudo captured the 125-pound championship back in Aug. 2018. He stunned Demetrious Johnson and took a SD win. “Triple C” went on to put away T.J. Dillashaw in 32 seconds to successfuly defend the strap. Back in June, Cejudo earned a TKO win over Marlon Moreas to become the bantamweight king.

Cole Shelton had reported for BJPENN.com that a flyweight title bout between Joseph Benavidez and Deiveson Figueiredo was in the works for UFC Norfolk. Mike Bohn of MMAJunkie later confirmed that Cejudo’s run as the 125-pound champion is indeed over. Cejudo claimed he was the one who decided to relinquish his UFC flyweight championship.