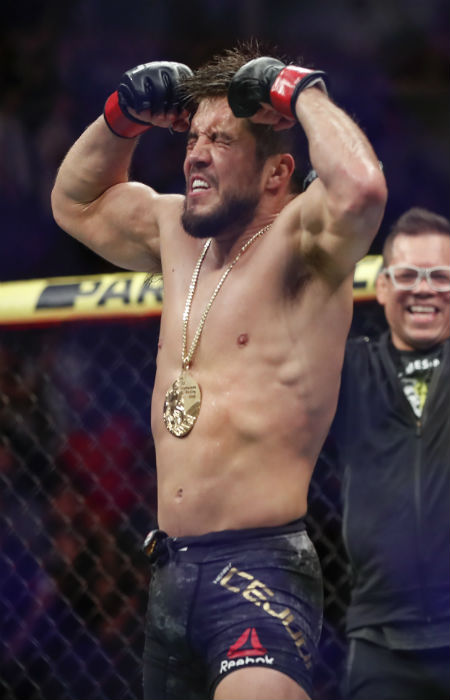 Henry Cejudo will be looking to earn his first bantamweight title defense when he takes on former division champion Dominick Cruz in the co-main event of UFC 249.

‘Triple C’ captured the promotions vacant 135-pound title at UFC 238 in June of 2019, scoring a third round TKO victory over Marlon Moraes.

I really don’t know the difference between being in camp or Covid-19 quarantine. But I will say this, I’m out to seek and destroy! #andstill @neuroforceone pic.twitter.com/YlzVfOvbdM

Following his victory over ‘Magic’, Henry Cejudo was slated to defend his newly acquired bantamweight title against former featherweight kingpin Jose Aldo at UFC 250. However, due to the Covid-19 pandemic, Aldo was forced to remain in Brazil and the title fight with Cejudo was called off.

Now, in a attempt to keep business going, the UFC has scheduled Henry Cejudo to defend his title against former division champion and fellow American Dominick Cruz.

‘The Dominator’ has not competed in over 3 years, this since surrendering his title to Cody Garbrandt via unanimous decision at UFC 207 in December of 2016.

Despite Cruz’s long layoff, Henry Cejudo does not seem to be taking the California native lightly.

“I really don’t know the difference between being in camp or Covid-19 quarantine. But I will say this, I’m out to seek and destroy!”

Prior to his lopsided decision setback to ‘No Love’ at UFC 207, Dominick Cruz was riding a super impressive thirteen-fight win streak.

Cejudo’s most recent defeat came back in December of 2016, where he suffered a razor close split-decision loss to Joseph Benavidez.