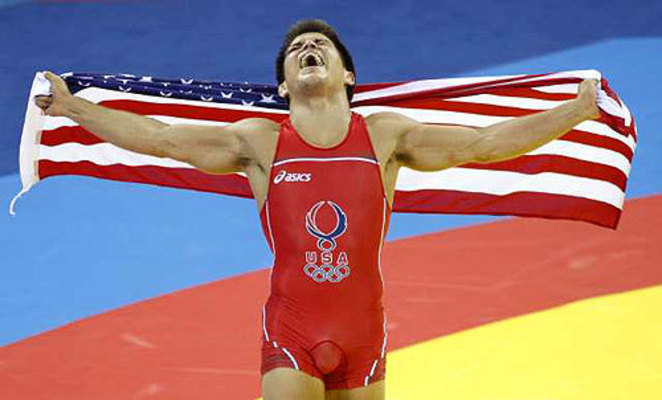 Henry Cejudo has made it clear he will end his retirement to fight Alex Volkanovski and he has now upped the stakes.

Before Cejudo retired from MMA, “Triple C” was calling out the featherweight to become the first-ever three-weight world champion in the UFC. It would’ve been a massive fight but after Cejudo beat Dominick Cruz at UFC 249, he shockingly announced his retirement.

Yet, since the retirement, he has been poking shots at Volkanovski and the featherweight champ is listening.

“I was open to it… Holding up divisions, I ain’t all about that. But as soon as [Henry Cejudo] said he was retired and gave up both his belts and then saying he would come out of retirement to fight at featherweight; I looked at him as a featherweight contender now,” Volkanovski said to ESPN.

Henry Cejudo quickly caught wind of that and took to social media to once again call out the Aussie. He also says he will bet his UFC titles and his girlfriend that Volkanovski wouldn’t last two rounds with him.

“If I ever comeback to MMA it’s going to be after your head your overgrown midget. I’d bet my Olympic Gold medal, my two belts and “my first girlfriend ever”, that you wouldn’t make it pass two rounds with Triple C! #bendtheknee @alexvolkanovski,” Cejudo responded.

Henry Cejudo retired from the sport at the peak of his career after defending his bantamweight title for the first time. Before the win over Cruz, he beat Marlon Moraes to claim the vacant title after defending his flyweight strap against T.J. Dillashaw. Cejudo has won the flyweight gold in a massive upset over Demetrious Johnson at UFC 227.

Alex Volkanovski, meanwhile, is set to rematch Max Holloway at UFC 251. He beat the Hawaiian by decision at UFC 245 to win the featherweight title. In his career, he has notable wins over Jose Aldo, Chad Mendes, and Darren Elkins among others.

A fight between Cejudo and Volkanovski would no doubt be competitive and interesting. It also seems more and more likely by the day. So, if the Aussie defends his belt on July 11, perhaps we do see Cejudo-Volkanovski next.