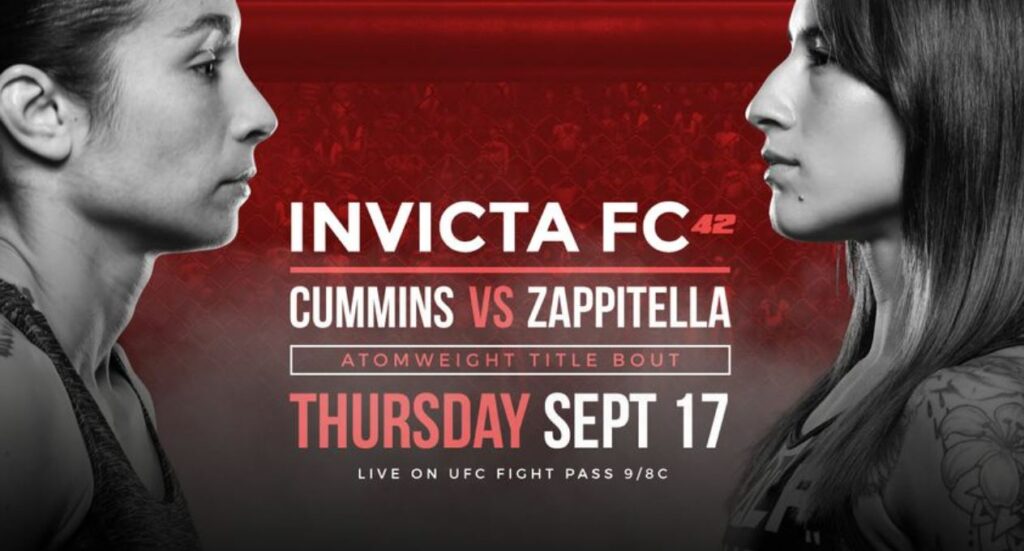 The back-and-forth fight went into the championship rounds before Zappitella brought home the gold.

She submitted Cummins (7-6) at the 1:20 mark of the fourth round with a Von Flue choke to become 105-pound champion.

“Honestly everything feels so surreal, this is a fight I’ve been asking for this fight for so long, and it’s here,” Zappitella said after the fight.

“I felt like Ashley was going to want this so bad, she was going to come out guns blazing and I thought I’d have to feel it out,” Zappitella said.

Indeed Zappitella seemed to have things figured out. She has a strong ground game, and she used a low single to score a smooth takedown early in the third, then landed heavy elbows from top position.

With her second career submission win, Zappitella has won three in a row. Cummins has lost two straight bouts, both matchups for the vacant Invicta atomweight title.