Israel Adesanya: I am going to f*ck Whittaker up again 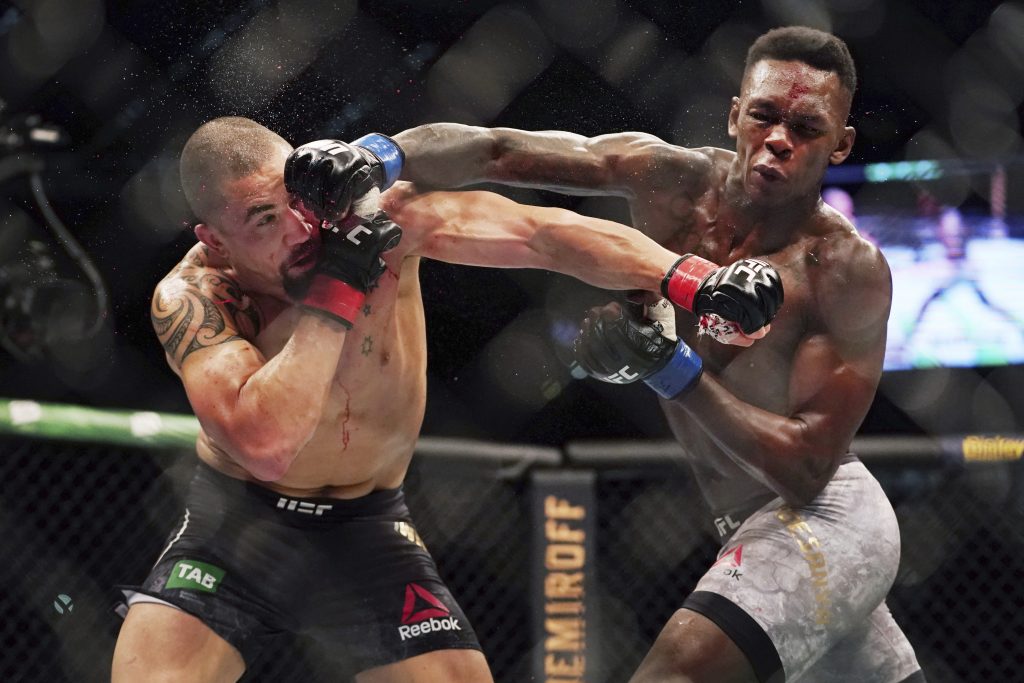 Israel Adesanya is certain that Robert Whittaker will resort to his grappling to try and beat him.

The champion attempts to notch his fourth UFC middleweight title defense when he rematches Whittaker in the main event of UFC 271 on Feb. 12 at Toyota Center in Houston.

It’ll be hard for Adesanya to top his title-winning performance over Whittaker at UFC 243, a striking masterclass that led to a second-round knockout.

“My prediction is that I am going to f*ck Whittaker up again,” Adesanya said in an interview with Stake. “He can’t stand with me, so I know he will be forced to grapple. Last time he said ‘Kevin Gastelum has given the blueprint on how to beat Adesanya,’ and now he’s saying ‘Jan has given the blueprint.’ He needs to write his own blueprint. If he wants to copy someone else’s work, then by all means try, because it went so well last time for him when we fought.”

“Whittaker may have learned from his mistakes from last time for maybe a round or so, but then trust me, he will revert back to those errors. Once he feels what he felt last time, he won’t know where to turn. Also, he didn’t even grapple with me last time. He didn’t really feel me. You can ask any of my previous opponents; they will tell you. So once he feels me in a grapple, then he will get shook again.”

Whittaker also was honest about his emotions getting the best of him in his first meeting with Adesanya, something “The Last Stylebender” noticed in the lead-up to their fight.

“It was his ego last time, but I called it from the fight,” Adesanya said. “I said at the time that he is acting out of character, and I also said he is not being himself. People kept saying what a good guy he is, but trust me he’s not. You don’t see that behind the scenes. And now he’s admitted it was his ego that got the best of him. Well, I told you so. He should have listened to me. What else can he say? He said after the fight that it was the best he’s ever felt. Well, I do not forget that. If he can get better, he’ll have to bring the best again, and I will beat him again.”

“To be honest, I have seen some improvements in his game, but it is not as drastic as you might believe. But it is an improvement, so I will have to be watchful. But I have improved, too, in the same time. I have not stayed the same, you have to realize that. I have grown at a rapid rate and learned at a really fast pace, so I am rolling with it.”