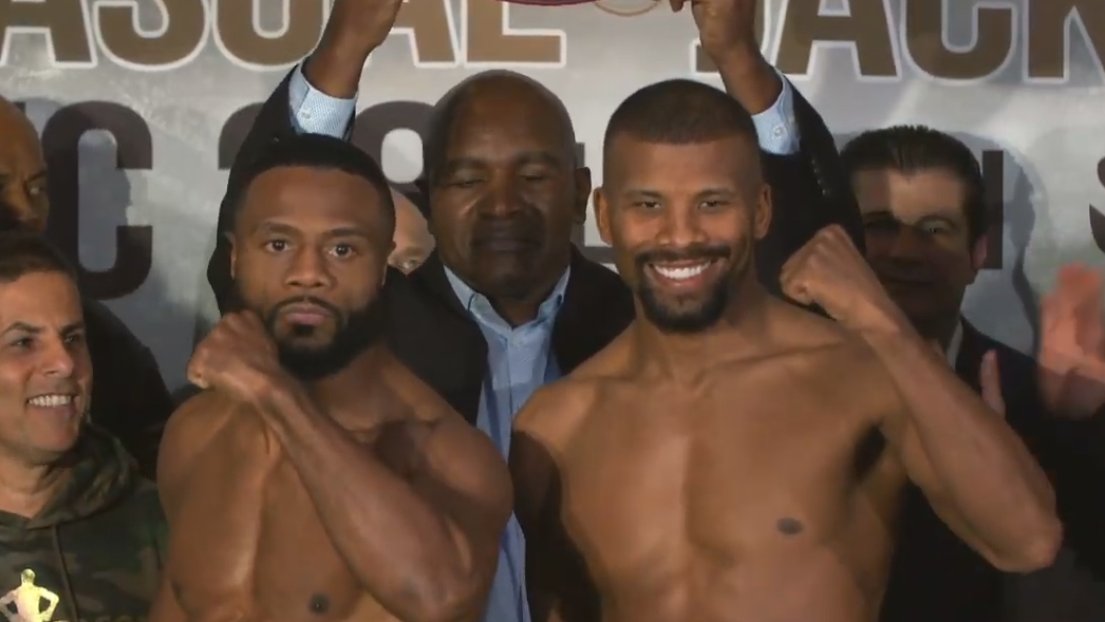 Jean Pascal defeats Badou Jack in Spilt Decision. Still Fight of the night so far. They have to run it back!#PascalJack #DavisGamboa@YKSports23 pic.twitter.com/PRfTc7k02t

Pascal (35-6, 20 KOs) said before the bout that he would come out fast. He did – firing jabs and hooks. Jack landed a solid right over the top that definitely got Pascal’s attention. Pascal came back with some wicked bodywork.

Jack (22-3-3, 13 KOs) was told by his corner to be more active in round two. Pascal landed a couple of sold left hooks. Jack listened to his corner and punched more, but Pascal did a little better. Jack forced Pascal into the ropes in round three and worked. Pascal was loading up. A check hook landed. Jack went to the body. A short right buzzed Pascal with 10 seconds left in the round.

In round four, Jack connected with two right hands. Pascal, who retired briefly last year, worked up and down. With seconds left in the stanza, Pascal fired a right hand from Canada that floored Jack. The former champion got up on wobbly legs.

Pascal,37, came out looking for the stoppage in round five. Jack,36, backed up Pascal with an uppercut. Pascal fought back with double hooks. Jack landed a right and a couple of jabs, but Pascal unloaded in the last seconds of the heat.

Jack popped Pascal in the mouth in round six. He was using his jab to set up his right. Pascal continued throwing hard shots. Jack blocked most of them to likely win the round. Pascal fired a triple jab in round seven. He went downstairs. Jack didn’t do much in the round, as Pascal connected with an uppercut to win the round.

In round eight, Pascal bounced and punched. Jack dipped and ripped. He connected with a combination that hurt Pascal. Pascal somehow fought back, knocking Jack into the ropes. Jack landed a right to the ribs.

Jack looked to continue his rally in round nine. He landed a sweeping left hook. Pascal was punching, but Jack was blocking. He did land a left hook to the chin. Jack connected with a right and jab.

With three rounds to go the fight was tight. Jack had found a steady rhythm while Pascal hoped his second win would kick in. Pascal landed a right to the ribs. Jack connected with a combination. Both fighters exchanged combinations.

Jabs from both fighters in the opening seconds of round 11. Jack fired inside blows. Pascal landed a double left hook. Jack opened up. He was more active until Pascal fired a number of shots in the last 30 seconds.

Badou Jack knocked down Jean Pascal in the 12th round

Jack staggered Pascal with a huge right hand in the 12th and final round. Seconds later Pascal collapsed into the canvas for the second time in his long career. He was tired and hurt. He held. Jack fired short shots. Jack couldn’t miss with his right. Pascal bravely fought back, cracking Jack with shots in the last 10 seconds of a ferocious last round.