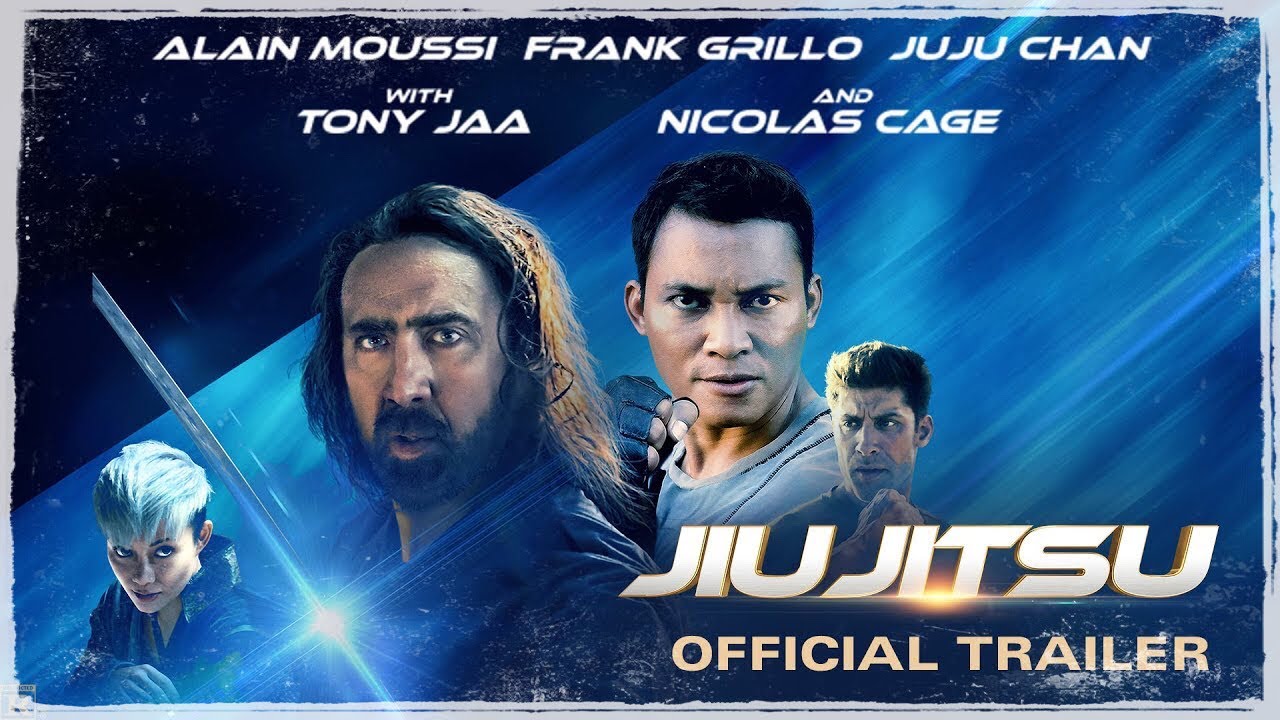 But for a movie named “Jiu Jitsu,” you would think there would be at least one technique in the trailer. Nada. Check it out.

Still, it looks like an exciting, action-packed thriller flick and Nicolas Cage plays his typical typical role, a Ronin type, rogue kind-of martial artist. Long-haired, snarky. You get it right? It’s the same character he plays in a bunch of his movies.

“He’s crazy, like me,” Cage says of the alien, and of himself in the trailer.

But it’s not just Cage doing combat. There are some super fight scenes and there should be. Tony Jaa is in the movie. So is Frank Grillo, Juju Chan and Alain Moussi. That’s a whole lot of fighting power. Even one of the most famous BJJ ever, Rigan Machado has a part. He plays Victor.

And the sword-lugging humanoid alien is pretty cool, armored to his teeth, shooting what amount to Ninja stars. A total bad ass with an attitude.

Here’s the gist of the movie: “Every six years an ancient order of expert Jiu Jitsu fighters faces a fearsome alien invader in a battle for Earth. For thousands of years, the fighters that protect Earth have played by the rules…until now. When Jake Barnes, a celebrated war hero and master Jiu Jitsu fighter, refuses to face Brax, the indomitable leader of the invaders, the future of humanity hangs in the balance. Injured and suffering from severe amnesia, Jake is captured by a military squad unequipped to fight the merciless intruder who have descended upon the planet. After a brutal alien attack on the military squad, Jake is rescued by Wylie (Nicolas Cage), and a team of fellow Jiu Jitsu fighters who must help him recover his memory and regain his strength in order to band together and defeat Brax in an epic battle that will once again determine the fate of mankind.

And grappling isn’t always the most exciting thing to watch, pretty much unless you are into Jiu Jitsu enough to recognize what is going on, on the mat. Here is some real Jiu Jitsu pulled by celebs.