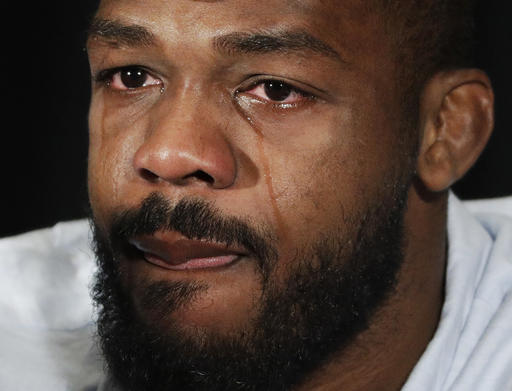 Jon Jones has dealt with some considerable tax issues over the past year.

Official documents obtained by Bloody Elbow reveal that the reigning UFC light heavyweight champion was hit with multiple state and federal tax liens, dating back to December of 2018 and covering the tax years 2014-2016 (federal) and 2015-2017 (state). During that span, Jones fought only once per year, primarily due to multiple drug test failures and the 2015 hit-and-run collision that saw him stripped of his title.

The largest lien totaled approximately $1.3 million, with an additional $87,000+ assessed against Jones by the state of New Mexico. All of those liens have since been released.

For those unfamiliar with what a tax lien is, the Internal Revenue Service (IRS) defines it as follows:

— Puts your balance due on the books (assesses your liability);

— Sends you a bill that explains how much you owe (Notice and Demand for Payment); and

— Neglect or refuse to fully pay the debt in time.

Bloody Elbow’s John S. Nash has compiled a timeline of Jones’ tax liens, plus some other information on a smaller financial scale.

Federal tax liens imposed
On December 20, 2018, a Notice of Federal Tax Lien had been assessed against Jonathan D. Jones for delinquent Federal personal income taxes for the year ending 12/31/2017. The unpaid balance, which included any interest and penalties, was $104,768.70.

Tax liens released
On April 24th, 2019, the Internal Revenue Service issued a Certificate of Release of Federal Tax Lien, certifying that Jones had satisfied the taxes listed from the December 20, 2018 Lien ($104,768.70) and all statutory additions had been released.

On May 24, 2019, the State of New Mexico, through the Taxation and Revenue Department, certified that the April 22 lien for $87,257.15 had been satisfied under statutory requirements and had been released.

In addition to the Federal and State liens for delinquent income tax, on December 20, 2018, the City of Albuquerque claimed and established a Lien on Jonathan Dwight Jones’ property for delinquent charges past due to the Solid Waste Management Department and the Water Utility Authority. Amount due $528.74.

Also on February 8, 2019, a public notice was given that the contents of a storage locker for Jonathan Jones or Jessie Moses was to be auctioned off following claims of delinquent rent or other related charges. The contents included a table with chairs, projection screen, china cabinet, and night stands.

It is unknown if Jones ultimately settled with the utility company or if the storage auction was actually held.