Jose Aldo: I have at least seven years of fighting left 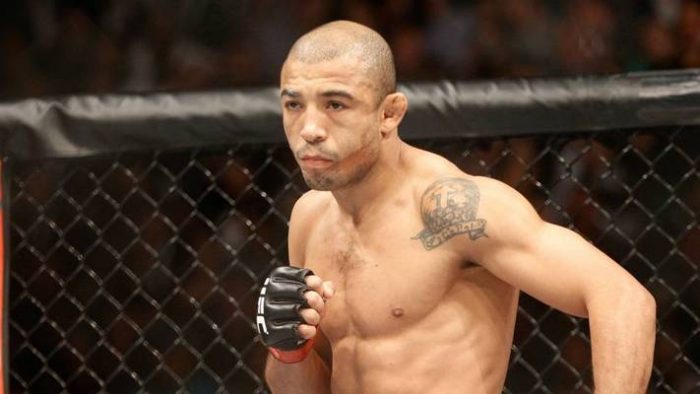 In a surprising turn of events, former UFC featherweight champion Jose Aldo is no longer considering retirement. After claiming he would fight three times in 2019 and then retire, the 33-year-old not only recently reassured his fans he would look for a fresh start at bantamweight, but now went on to say he would fight until he is 40.

During a conversation with the press at a gym, Aldo revealed his plans to fight for the next seven years. He also teased a move to boxing, which he implies could be closer to reality than it seems.

“I will fight until I’m 40 years old.” Aldo told Ag Fight. “I’m 33, so I have seven years of fighting left. I still dream of boxing, it’s going to happen pretty soon. You can be sure of that. But I’ll be fighting for even longer, this is my first fight at bantamweight on my way to become the champion. I might even go beyond 40. Outside of my career, I’ve never been one to go out, drink, party. I have a healthy body, that’s the point.”

Although Jose did consider retiring not too long ago, the former champion said that it was Nova Uniao head coach Andre Pederneiras that made Aldo change his mind and consider a move to bantamweight, a drop Jose considered to be impossible until his conversation with Pederneiras.

“What made me keep going is that, over the years, I didn’t want to do it anymore, but I talked to ‘Dede’ and he asked me to fight at bantamweight. I had this notion that it would be hard to make weight, diet, but it was the other way around. I feel strong, training is going well. Not even in the WEC I had this potential. That makes me believe I still have a lot to give and you can be sure I’ll fight for many years to come. If I feel well, fast, quick as ever, there’s no reason to stop now. I want to conquer bantamweight, make history, and then think of what to do next.”

In his last fight, Jose Aldo dropped a unanimous decision to Alexander Volkanovski back in May. The loss snapped a two-fight winning streak for thr 33-year-old, with TKO wins over Jeremy Stephens and Renato Moicano. Now, Aldo is expected to meet Marlon Moraes at UFC 245, in Las Vegas, Nevada, on December 14.