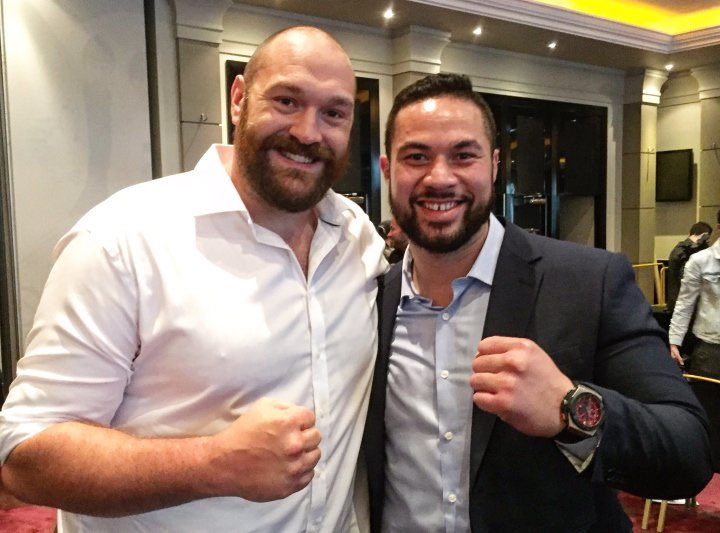 Joseph Parker was one of the shining lights in a dark 2020. The jovial heavyweight kept us entertained during national lockdowns with his Instagram videos, recreating some infamous scenes from much-loved films.

But it’s 2021 now, and despite adding to his collection with a Hangover-inspired video on Monday, it’s time for the 29-year-old to get serious again as he prepares to face Junior Fa on Feb. 27, live on DAZN.

Speaking with Marc Gatford via MyBettingSites.co.uk, Parker and his coach Kevin Barry laid out plans for the new year as well as his relationship with WBC heavyweight champion Tyson Fury.

“I need guys like Joe Joyce, Oleksandr Usyk; I need guys like Dillian Whyte; there’s still a possibility we can fight Derek Chisora,” Parker (27-2, 21 KO) said. “He’s coming off a loss but his career has been revived. I’ll fight anyone, I’ll fly to the UK or the US, or wherever when it’s safe to do so to get back to the top.”

If he gets past domestic rival Fa (19-0, 10 KO), those first two names intrigue Parker most, and he expects they’ll be in play.

“Usyk has really good movement and ring IQ, but If the opportunity arose I’d take that fight with both hands. With the movement and speed that I have, I’d beat him, I’d be too much for him,” he said.

“I’d (also) love the opportunity to fight Joe Joyce. He put on a great performance against Daniel Dubois; he showed good movement, good jab, lots of improvements and it would be a great fight.”

Parker also says that he’d welcome a fight with Fury (30-0-1, 21 KO), though he considers himself close with the WBC titleholder, saying Tyson is “like a brother” to him.

Trainer Barry is urging Parker and everyone else not to look past the Fa challenge, however.

“We expect the very, very best Junior Fa,” Barry said. “This fight is for a lot of pride and dignity in New Zealand, it’s a legacy fight. If we lose to Junior Fa it’s going to be a tough slog to get back into the picture. I said to Joe: Junior Fa beats you, forget about the fact you won the world title, this is the fight you’ll be remembered in New Zealand for. There’s a lot at stake for us.”