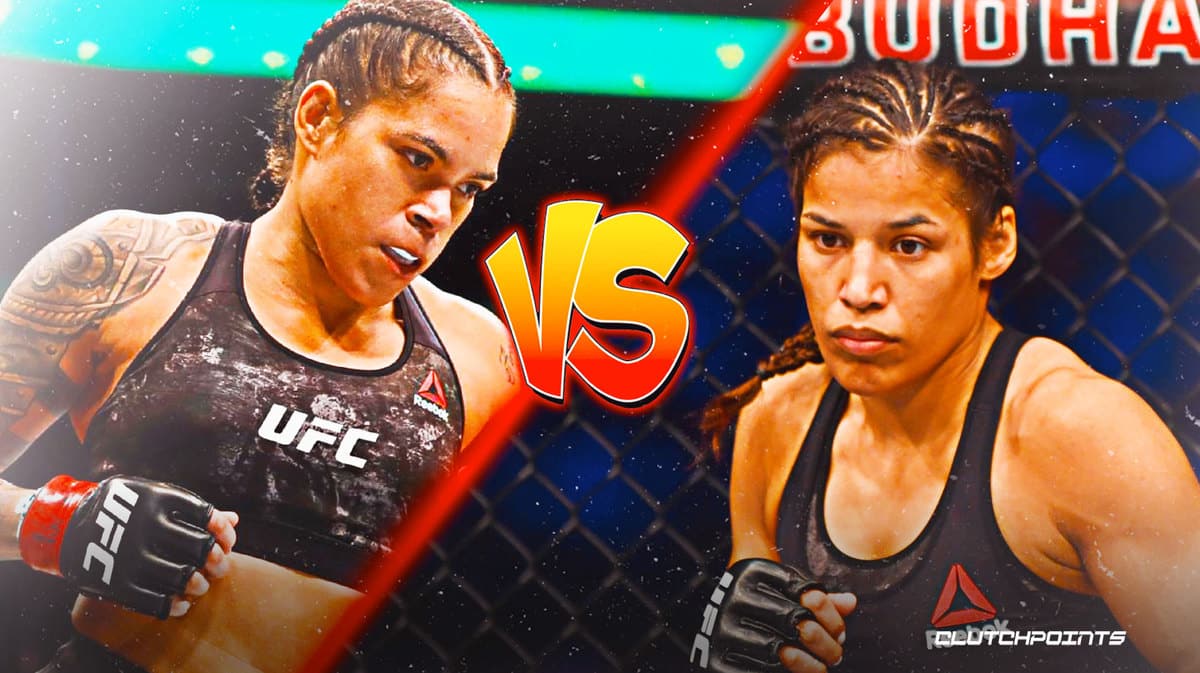 Julianna Pena promised she would shock the world at UFC 269 and that’s exactly what she delivered.

The former Ultimate Fighter winner pulled off one of the most improbable upsets in the history of the sport after tapping out Amanda Nunes with a rear-naked choke in the second round to become the new bantamweight champion. It was an incredible display of heart and determination as Pena forced Nunes into a brawl, which allowed her to maximize the damage she was inflicting before taking the fight to the ground to wrap up the submission.

The stoppage came at 3:26 in round two as Pena snatches the 135-pound title away from Nunes.

“I’m not surprised motherf*ckers!” Pena shouted following her win. “I told you. Don’t ever doubt me again. Will power strength and determination. It will take you places. I definitely expected a win and the world is my oyster.”

As soon as the action got started, it was Nunes who established a nasty calf kick that immediately knocked Pena off balance. Nunes followed that with a slick jab that clipped Pena and put her down on the canvas as the reigning two-division champion was methodical with her attacks in order to take advantage of the position.

While she threatened with a kimura from the bottom to stall out the action, Nunes remained in control as she largely stifled the challenger throughout the opening round.

The momentum changed dramatically after Pena came out firing in the second round in order to force Nunes to stand in the pocket and exchanges strikes with her. Pena stung Nunes with a series of jabs that had the “The Lioness” wobbled and backing up for the first time in several years.

While Nunes was still firing back with plenty of her own shots, Pena refused to back down even as a huge mouse started forming under her eye. Pena may have been wearing more damage on her face it was Nunes who was clearly getting the worst of it while trading punches.

Finally, Pena hurt Nunes with another combination before dragging the action down to the ground where she quickly locked in the rear naked choke. A split second later, Nunes tapped the canvas as her five plus year reign as champion came to an end.

“Honestly, I did everything tonight,” Nunes said following her first loss since 2014. “Congratulation to Julianna. She’s a warrior. Honestly, no surprise at all. I know she can get hit and still move forward. I just today, shut down. I’m going to keep working to fix it and soon I’ll be back.”

As for Pena, she was all smiles while holding her daughter with the UFC title wrapped around her waist.

With the win, she becomes the fifth women’s bantamweight champion in UFC history but it would seem all but certain that she’ll likely seen Nunes staring back at her from across the octagon when she returns to defend that belt next year.