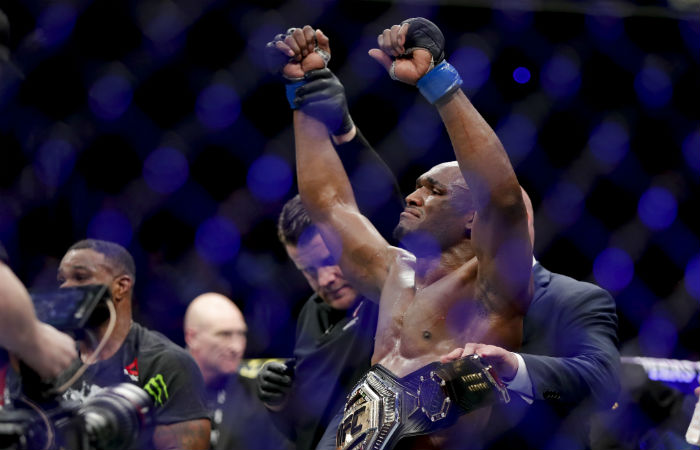 Kamaru Usman says it’s a time for him to got the credit he deserved.

Usman’s win against Burns extended his winning streak to 17 consecutive fights, with 13 of those coming under the bright lights of the UFC octagon.

“That pound-for-pound list is not a popularity contest, you know? I haven’t really lost rounds in here – I control what goes on inside the cage,” he said. “Just because I’m not the loudest guy in the room, I’m not the most braggadocious, I don’t get in trouble outside (the cage), I’m not in headlines all the time. Let’s be honest, they kind of disrespect me in a sense. That pound-for-pound list is not a popularity contest. I need to move up on that list.” “I take it one fight at a time. I’m not really worried about that,” he said. “I don’t come in (saying), ‘Ah, I want a big fight! I want this, I want that!’ Of course, I would like Georges. But I don’t want Georges because of money or anything like that. Like I said, I’m a competitor. I want Georges because Georges left on top. Georges can still do it. I see him training. Georges! I’m watching you! I see you training! Georges can still do it.