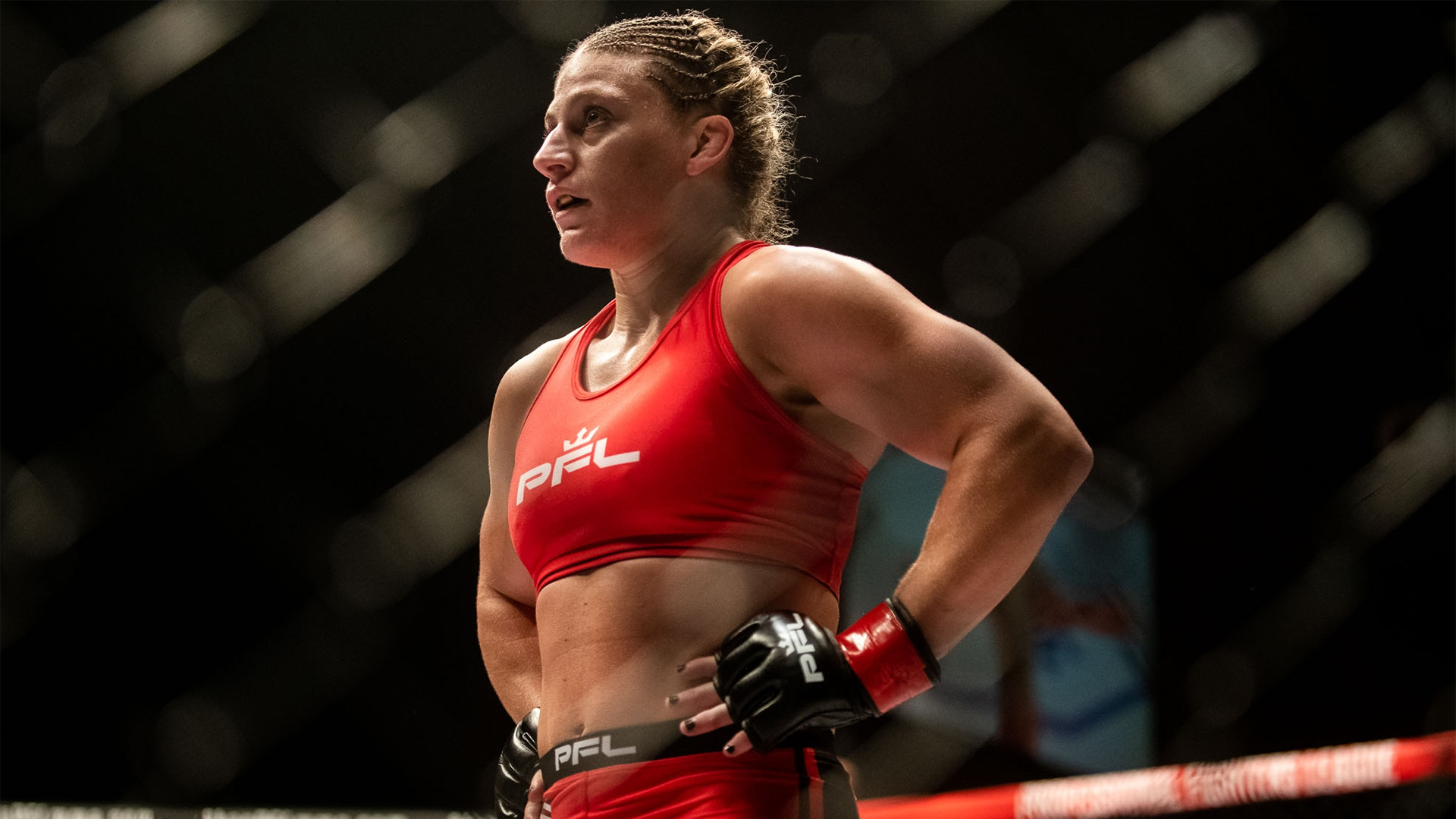 Before she ultimately decided to transition into mixed martial arts, it turns out the Ohio native was actually being courted to bring her talents to the world of professional wrestling after World Wrestling Entertainment sought to retain her services.

“Actually, I had talked to them prior to starting MMA,” Harrison told MMA Fighting when addressing a past offer from WWE. “They were interested after the 2016 Olympics. At the time, I had just finished competing. I had lived out of a suitcase for 10, 12 years and there were two things I didn’t like about it.

“No. 1 was you travel four days a week for the shows and No. 2, you weren’t in control of your character. You didn’t control the script and at the time I was much more, I would say a kinder soul, not quite the heel that everyone has come to know and love. I was like no, it’s not for me.”

While Harrison passed on working with WWE a few years ago, she’s recently popped up alongside her teammates from American Top Team during a storyline taking place in All-Elite Wrestling, which also involves gym owner Dan Lambert.

As much as the two-time PFL champion has seem uninterested in actually appearing in the pro wrestling ring for more than a fun appearance like the one she had in AEW, Harrison can’t deny having fun with the experience.

Harrison played to the crowd and looked like a natural as she watched the audience seethe with anger over the storyline as it was playing out in the ring.

“That’s not even me acting! That’s just me being me,” Harrison said with a laugh. “Honestly, I should get an award for that performance! It was a great experience. Mostly just to see Dan [Lambert], the nerd that he is geeking out in the back, pacing, practicing his lines. Watching the storyline unfold and seeing all of it happen has been a fun experience for me.

“The fans, I really enjoyed the wrestling fans. I’ve had a little bit of back and forth with some of them since. I made some comments the other day and they’re crapping all over me and I’m just impressed with their attitude. I dig it.”

As she continues to explore free agency in her fight career, Harrison has no intentions of actually crossing over into pro wrestling but she can’t deny the interest that’s been shown in her.

Former UFC champion Ronda Rousey quickly became one of the biggest stars in WWE after she inked a deal to go there following her final fight in the octagon but Harrison never sees a scenario where she would follow in her former teammate’s footsteps.

“There’s no way I would be able to travel that extensively,” Harrison said about the schedule required for full time pro wrestlers. “It’s super important that I’m present for my kids’ lives. I think that’s the No. 1 thing about being a parent is just showing up for them.”

That said, Harrison will never say never about any opportunity and that could potentially include pro wrestling in some form or fashion in the future.

“We’ll see,” Harrison said. “Sometimes you’ve just got to give the fans what they want.”