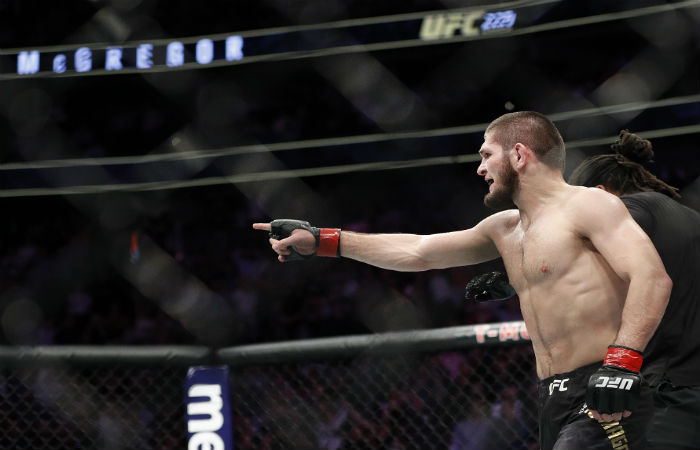 UFC lightweight champion Khabib Nurmagomedov (27-0) has just signed a new deal with UFC and things are about to get heavy.

The 30-years-old fighter is scheduled to fight Dustin Poirier (25-5) at UFC 242 in Abu Dhabi on September 7, but it seems that “The Eagle” has his eye on a bigger fight. Talking about his new contract with the company on his Youtube channel, Nurmagomedov said there’s is still unfinished business regarding his last fight against Conor McGregor.

“We have not finished yet what was on Oct. 6. We still have a lot of fights, so we plan to write more history and show that we are here. Being high in the mountains, we can reach certain heights and successes.”

Khabib’s manager Ali Abdelaziz said that his fighter signed a new contract that is making him the highest-paid athlete on the UFC roster. The exact numbers are yet to be announced, but it’s pretty obvious that the Russian is more than pleased with his new deal.

“They are very good and most importantly, the brothers were extended, one was signed, the deadline was removed, we made some concessions, they went to some and came to some common denominator that is beneficial to all.

“If I say it is one of the best, it will somehow be wrong. I guess you can put it in the top three, some of the best conditions, contracts, and agreements that have ever been concluded with the UFC.”

The champ also revealed that he’s already begun his training camp in Dagestan.

“About a month in the mountains, then two months in AKA, and about 15 days in Abu Dhabi to acclimate,” Khabib said. “94 days, I think that is enough to bring myself in optimal shape.