Khabib Nurmagomedov laughs off Jake Paul’s offer for a fight 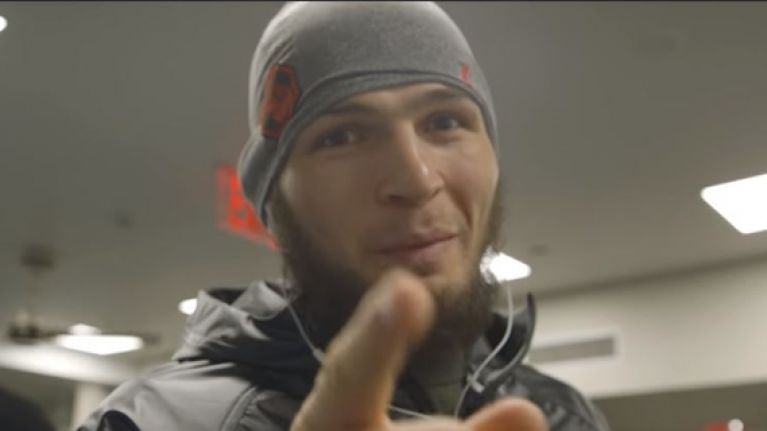 Khabib Nurmagomedov isn’t returning to fight anybody much less coming out of retirement to face Jake Paul in his mixed martial arts debut.

The former UFC lightweight champion called it career following a win over Justin Gaethje in October 2020 and since that time he’s been primarily focused on building his own promotion at Eagle FC. As he looks to expand the brand’s reach, Nurmagomedov mentioned recently that he would actually be interested in working with Jake Paul and went as far as contacting his representatives.

While Paul countered by saying he never heard from anybody connected to Nurmagomedov or his promotion, the 25-year-old undefeated boxer admitted he would consider a crossover into mixed martial arts — as long as the undefeated Russian would face him as an opponent.

“If he wants to fight in MMA — because he never fights in MMA — he doesn’t have experience but we can give him a chance,” Nurmagomedov told the Full Send Podcast when asked about Paul. “We can sign him.

As much as he laughed off the idea that Paul could actually challenge him in a fight, Nurmagomedov added that whether it’s him or anybody else, his competitive days are already behind him.

“He’s late a little bit cause I am finished,” Nurmagomedov said.

If Paul ever gets serious about testing himself in MMA, Nurmagomedov would still be happy to provide him a home but he knows the former social influencer turned combat sports enthusiast still has a lot to learn before he could actually challenge anybody in the cage.

Nurmagomedov appreciates the boxing skills that Paul has obtained since he started training but that’s still a far cry from competed with the best MMA fighters in the world.

“I watch his sparring or some video he was doing MMA with someone. He has to learn a lot,” Nurmagomedov said. “On boxing, he knows how to punch. He’s not bad in the boxing game. Anybody can box. But you can never wrestle, this is completely different.

It might seem a little ridiculous for Nurmagomedov to even address a potential fight against Paul considering the massive gap between them in skills but those kinds of questions have continued to swirl around the former UFC champion even since he retired.

He can rarely avoid the conversation about a comeback but Nurmagomedov promises he’s done with fighting and Eagle FC has taken his full attention.

“There is a lot of challenges, even right now. Like Charles Oliveira, he is very good, too,” Nurmagomedov said. “There is always going to be some champions with me or without me. But who cares? I am finished now.