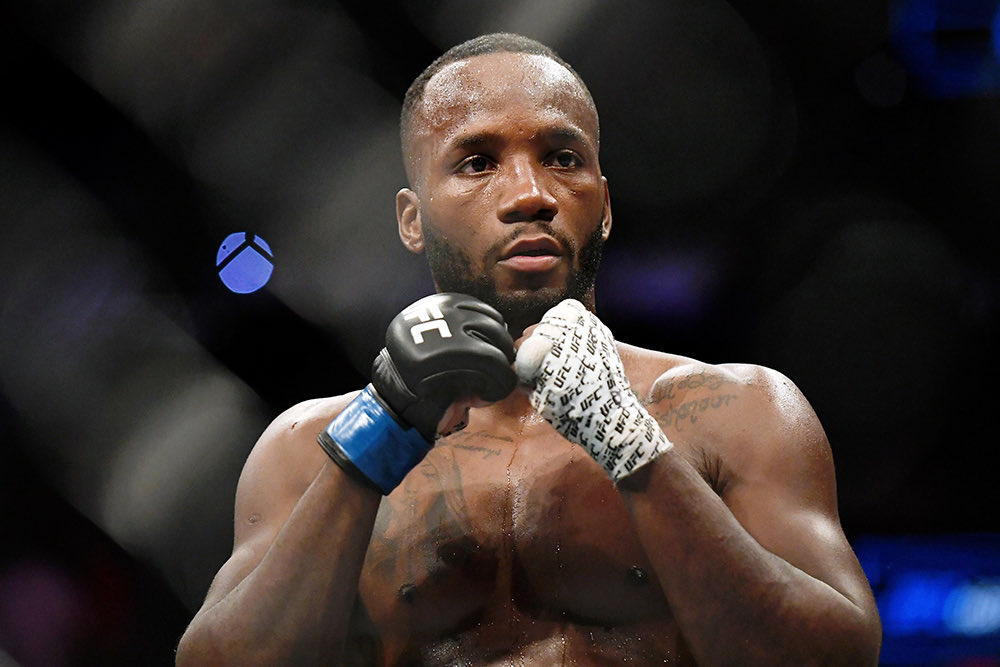 A 20-month layoff was the last thing Leon Edwards wanted but he couldn’t have ever imagined his long awaited return to the UFC would end in a no decision.

An accidental eye poke delivered by Edwards left Belal Muhammad unable to continue and the fight was stopped by the ringside physician along with referee Herb Dean. With designs to earn a victory and then move onto challenge for the welterweight title, Edwards was obviously crushed by the outcome on Saturday night in the UFC Vegas 21 main event.

“First obviously would be apologize to Belal Muhammad,” Edwards said when speaking on the post fight show. “I came off a long, long year and a half for me. I prepped so hard. It’s upsetting. I wish him well, wish him a full recovery.

“[I was] going into the fight with the mentality of I wanted to fight for the belt next. So now I’m like what’s next? What do I do now? Is it a rematch? Is it someone else? I feel I deserve a title shot.”

Prior to the stoppage, Edwards looked better than ever as he connected with several stinging combinations while also opening up a cut on the side of Muhammad’s head courtesy of a first-round kick. It appeared that Edwards was really out to make a statement about his standing in the division after last competing in 2019 but then the eye poke happened and the fight was stopped.

“I said I do not believe in ring rust,” Edwards said. “I believe if you prepare yourself properly, then you’ll be fine. I showed it tonight. I was just getting the flow of it and that freak accident happened. I’m heartbroken. A long year and a half to come back to this. It’s upsetting.

“I felt like normal. All week, it felt natural when I came to Vegas. It just felt normal like I fought last week. That’s the way I always approach it. Like I said, if you prepare properly in the gym and mentally you’re prepared, you should not feel ring rust. I was just getting into the flow of it. I set him up for the cross head kick, we stepped into shorten my cross and that’s how he got caught with my hand. I apologize.”

While it was an unfortunate ending, Edwards doesn’t really see any need to revisit the fight with Muhammad despite the result.

In his mind, Muhammad was a late replacement in the main event after Khamzat Chimaev dropped out due to lingering issues suffered from contracting COVID-19 and the rest of the best at the top of the welterweight division didn’t accept the chance to face him at UFC Vegas 21.

“I’m on an eight fight win streak. That’s the third most in the promotion’s history. It’s me, [Kamaru] Usman and GSP (Georges St-Pierre). I feel like I’ve earned my way for a big fight.”

Prior to the event, UFC president Dana White promised an impressive win from Edwards would result in the title shot he’s coveted for so long.

The no-decision puts that opportunity into question but Edwards believes the outcome in the fight with Muhammad was already determined in his favor and it’s time for title shot now rather than later.

The same can be said for Edwards’ interest in other contenders at 170 pounds including former interim champion Colby Covington, who was initially rumored for the fight on Saturday night.

“That’s there. I can do it but I belong in a title shot,” Edwards responded when asked about Covington. “I’ve worked my way back up from last getting defeated by Kamaru Usman. I have fought everybody. I have offered to fight everybody.