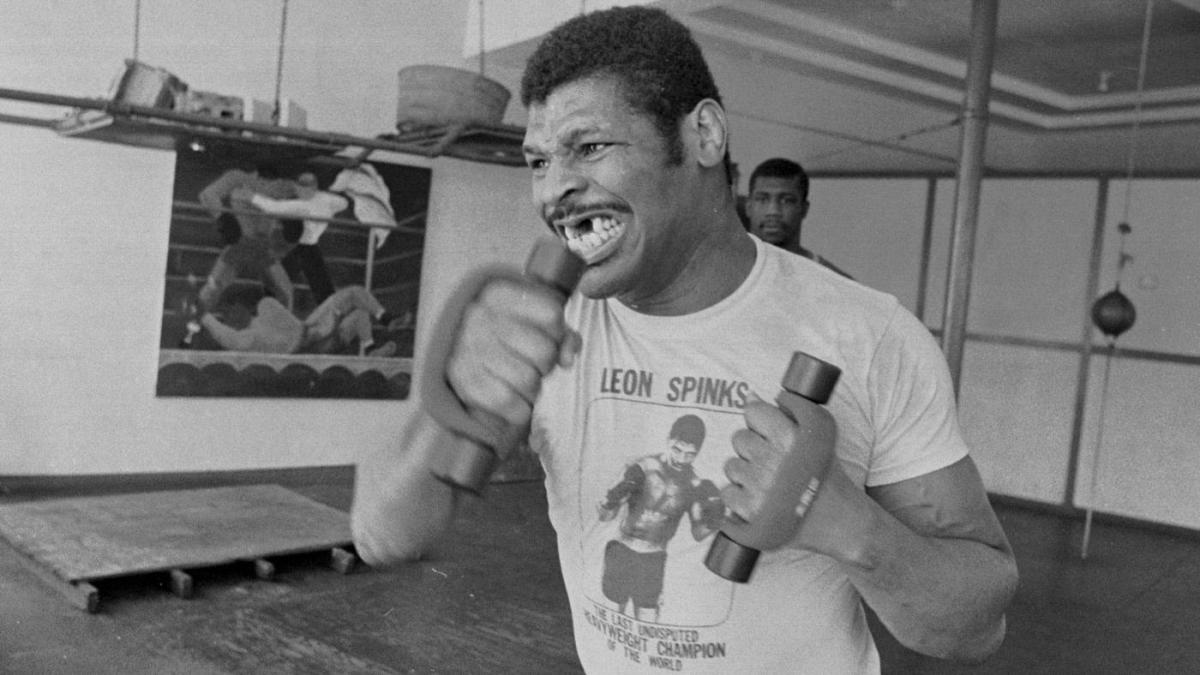 Leon Spinks, known for his 1978 win over Muhammad Ali and his trademark toothless smile, died on Friday, Feb. 5, at the age of 67. Spinks had been battling prostate cancer and other cancers for the last five years.

Spinks, a native of St. Louis, served in the United States Marine Corps, and also represented the U.S. at the 1976 Olympics in Montreal, where he won a gold medal.

His biggest win, of course, was that ‘78 victory over Ali. In just his eighth pro fight, the 24-year-old Spinks won a 15-round split decision over the 36-year-old Ali, claiming the world heavyweight championship. He wound up stripped of the WBC title (we had the WBC and WBA back then) because he opted to do an immediate rematch against Ali instead of fighting No. 1 contender Ken Norton.

Spinks would lose the rematch to Ali seven months later in front of 63,350 fans at the Superdome in New Orleans, and then was knocked out in the first round by Gerrie Coetzee in Monaco in June 1979.

His boxing career never quite reached the heights of the Ali shocker again. He was stopped in three by Larry Holmes in 1981 challenging for the WBC belt in Detroit, and gave the early days of the organized cruiserweight division a run from there. He fought Dwight Muhammad Qawi for the WBA belt in 1986, losing by sixth round stoppage in what was really Spinks’ last notable fight.

He dabbled elsewhere, too, and will be remembered by more than just boxing fans. Spinks worked about 30 professional wrestling matches, starting in 1986 when he had a match with Antonio Inoki in New Japan Pro-Wrestling. He also wrestled Jerry Lawler in Memphis in 1990, but the bulk of his wrestling fame comes from a run in Frontier Martial-Arts Wrestling (FMW), a renegade-style phenomenon promotion in Japan at the time, considered legendary and heavily influential now.

Spinks actually won their biggest singles title in Mar. 1992, beating Tarzan Goto at Korakuen Hall in Tokyo. For what it’s worth, that makes Spinks one of only two men — Primo Carnera the other — to hold a version of a “world title” in both boxing and pro wrestling. He would lose the title in a cage match against Atsushi Onita in May 1992, and worked dates for the company for another 16 months. Spinks was not considered a good pro wrestler in terms of his ability in the ring and all that, but he brought a certain strange charm to what was a strange place in FMW in the first place; oddly, he fit right in with the misfits and weirdos there, and that’s meant in a sincerely kind way. He was one of a wild gang for a while.

In the boxing world, the Spinks name has become synonymous with St. Louis boxing. Leon’s younger brother Michael won titles at light heavyweight and heavyweight himself, and Leon’s son Cory won titles at welterweight and junior middleweight in the 2000s.