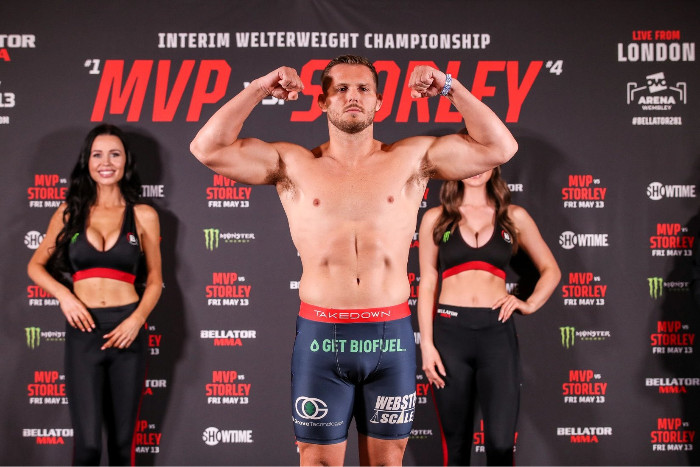 The American defeated Michael “Venum” Page in the main event of Bellator 281 which took place Friday night in London, UK.

Storley got the W via split decision after the full five rounds were played out. The hometown hero Page was looking to become the welterweight champ, as he had to fight the official champion Yaroslav Amosov, but the Ukrainian withdrew to aid his native Ukraine’s defence.

Logan’s wrestling was on display from the beginning to the end of the fight, as he smothered Page’s elite kickboxing skills with some solid ground wrestling and grappling, even though he was nowhere near a submission .

Here are the full results from Bellator 281: