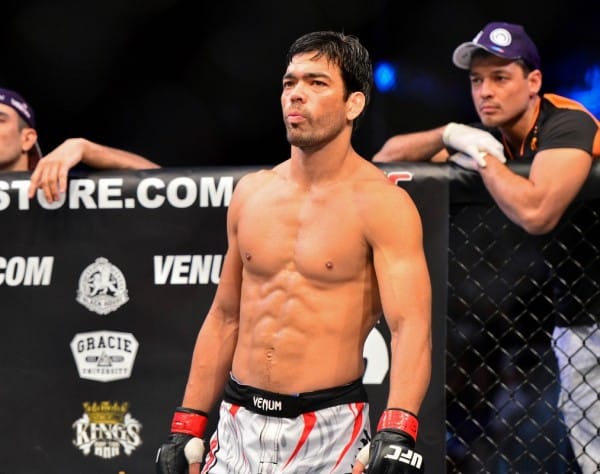 The United States Anti-Doping Agency (USADA) has faced some criticism since partnering with the UFC in July 2015, but nothing like when MMA star Jon Jones was cleared to fight despite adverse findings in his drug tests.

It all started when Jones failed a drug test after his UFC 214 knockout victory over Daniel Cormier in 2017, which eventually resulted in a 15-month suspension. “Bones” was drug-tested multiple times since then, and some results came back positive for picograms of long-term oral Turinabol metabolite.

Despite the positive results, Jones was allowed to fight Alexander Gustafsson at UFC 232 — after the promotion moved the entire card from Las Vegas to California on days’ notice to allow him to compete — and granted a license in Nevada to fight Thiago Santos in the main event of UFC.

Machida was suspended 18 months by the anti-doping agency in 2016 after admitting to using 7-keto-DHEA, later saying he didn’t “imagine that the substance could be banned by USADA.” After serving his suspension, “The Dragon” defeated Eryk Anders and Vitor Belfort before parting ways with the UFC to sign with Bellator.

Still unhappy with the way USADA handled his case, Machida admits it’s hard to discuss how the agency has dealt with Jones’ situation, allowing “Bones” to compete for UFC belts after testing positive.

”I don’t like to judge anyone. Maybe what USADA is saying really did happen and there’s this contamination from the past,” Machida told MMA Fighting. “But, like, when it’s a game of interests, we have questions and never really know what’s going on, what’s the goal behind all this, and USADA’s intentions and UFC’s intentions. Because of that, I prefer to remain in silence and not weigh in on this because I’m more focused on Bellator now.”

When USADA announced Jones’ 15-month suspension, Machida admits he “was really upset about all that at the time.”

”When I saw different results, different substances and different penalties, man… To me, as a person, it lost credibility,” Machida said. “For me, not being part of USADA… You can’t understand the joy I have. Not having that daily stress… You could be doing everything by the book, but there was always this stress.”

”What I’ve been hearing is that it takes a bit of their credibility away. Double standards,” Machida said. “We can see that like every other (entity) it has flaws, too, flaws that we can’t say are intentional, if they are intended to protect (someone), or if it’s just flaws in the system, in the process, but it does have flaws.”

Machida signed with Bellator in 2018 and defeated former middleweight champion Rafael Carvalho in his debut. He’s now scheduled to fight Chael Sonnen in a light heavyweight bout at Bellator NYC on June 14. After more than a decade in the UFC, “The Dragon” celebrates not having to answer to USADA anymore.

”To tell you the truth, I was always very tense about all that,” Machida said. “If you ask any UFC fighter, there’s tension in the air because you never know what’s happening, you never know if there was a contamination, and penalties usually are really harsh… Usually. The penalty was harsh for me and others I know. On the other hand, there are special cases. I’ve seen different cases we don’t even know how to classify.”