Martti Puumalainen about the best decision he have ever made 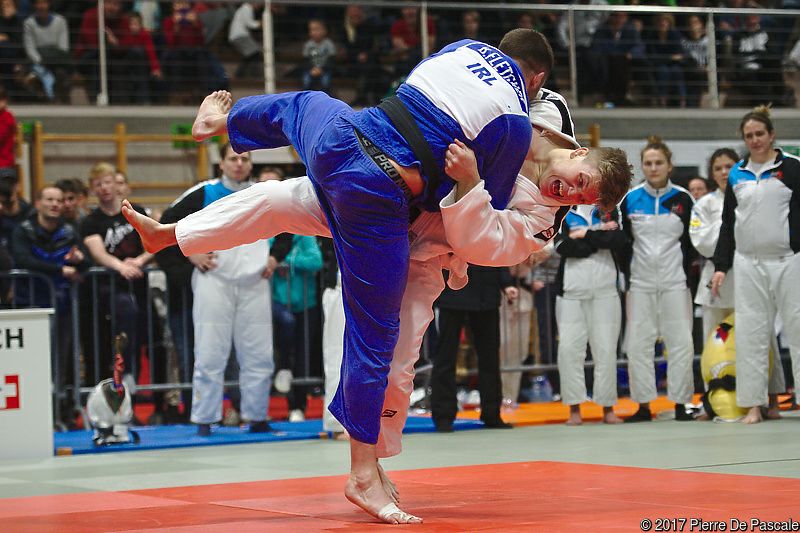 Finnish judoka Martti Puumalainen won a silver medal at the European Youth Festival – EYOF in Utrecht in 2013 U90kg. He won many prizes in his region and was a super talent and part of a new generation for Finland, maybe the best generation ever but they realised that reaching the top in a country like Finland is really tough. Martti talked with reporter from the popular website Judo Inside.

How’s the Covid-19 situation in your country?

In Finland, the situation is not that bad compared to many other countries. Nevertheless, all judo clubs are closed, as are most of the public gyms and sport halls. Some of the top judo athletes are permitted to access training halls though.

How are you coping with the lock-down?

When the lock-down first started, I went to Lapland with my dad and did cross-country skiing for one month to improve my cardio, which I felt was not at the level it should be after I gained about 20kg after changing categories. I also bought some kettlebells to do some strength training. I guess during these times, willpower and imagination are two key words if you want to improve.

Last year, you moved up from -100kg to +100kg, which seems to be the trend now among many -100kg players. What made you decide to hop on this bandwagon?

I had to cut too much weight to make the -100kg category and I felt that this affected my performance in competitions. Honestly speaking, it made me not enjoy judo anymore because I had to suffer too much just to make weight. I saw a lot of guys formerly in the -100kg division make a successful jump to +100kg, so I figured this is something I could do too. Today, I feel it’s the best decision I have ever made with regard to my judo.

I train about eight times a week. I know in other countries they train more often but in Finland it’s a bit hard because there are not so many suitable training partners for me, especially as a heavyweight. I only get to do judo about three to five times a week, depending on the attendance at the judo club. The rest are strength and conditioning sessions. I wish I could do more judo but there just aren’t enough training partners to do that.

Does this frustrate you?

Of course, I wish I had more randori partners but I really don’t want to cry about this. I try to work with the things I have than wish for something I don’t have. Besides, I think it improves my movement when I train with the smaller guys because they move more quickly than heavyweights. I read somewhere that Teddy Riner also does some training with smaller partners for this reason.

Can you describe the judo scene in Finland?

In Finland there are lots of clubs but the level of clubs varies a lot and the teaching can be completely different from one club to another. In Finland most of the coaches are volunteers. I feel that this the biggest thing that need fixing if we want the level of competitive judo to rise.

How do you feel about the future of Finnish judo though?

Overall I’m optimistic. We have a good group of young judokas born between 1997 and 2000 who are showing great potential. I am very positive about the future right now.