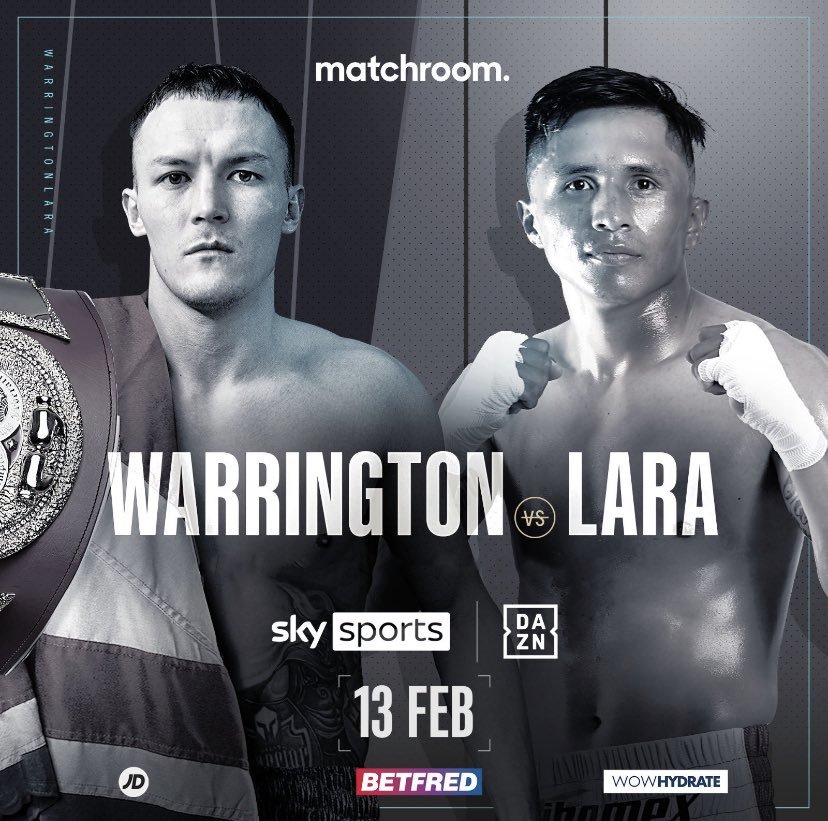 Mauricio Lara scored the biggest win of his career by miles tonight, going to London to knock out and upset Josh Warrington in a Matchroom main event on DAZN.

Warrington (30-1, 7 KO) had recently vacated his IBF featherweight title, hoping to find bigger fights instead of a mandatory rematch with Kid Galahad, but the move has backfired badly after a terrible night, where Warrington was looking OK early as far as winning rounds, but was also being routinely clipped by Lara (22-2, 15 KO), who was slow of hand and didn’t move with much grace, but clearly even in the first round or two was showing legitimate, thudding power in his hands.

Lara’s power caught up to Warrington in the fourth round, as he dropped the A-side, heavily favored fighter. Referee Howard Foster gave the 30-year-old Warrington every chance in a fight that, to be honest, probably would have been stopped if the roles were reversed. Warrington was staggering desperately around the ring for the remainder of the round, but he did heroically survive, stumbling back to his corner when the round ended.

And Warrington deserves enormous respect for the heart he showed from there, too. His legs were gone in round five, but he won the round, out-working Lara if only because he had no choice but to stand his ground and throw punches. He did try to keep some distance when he could, but his legs were still cooked and he just couldn’t keep away for long.

Lara, whose right eye was swelling and bleeding and closing up from damage, just kept coming forward. Both fighters landed good shots, but it was Warrington shaking, particularly on the left hooks to the head that he kept walking onto. It seemed as though, most likely, Warrington was fighting on instinct, albeit with great heart and determination. It’s too early to say for sure, of course, but people will wonder how much this took out of Warrington. He was fighting buzzed from the fourth round until the end.

“It’s been a great night. I’m really, really happy for my family and all the people back in Mexico,” Lara said after the fight. “We were working round-by-round and it worked out as we planned. Once I put the pressure on him, I didn’t want to tire myself out. He was number one in the world, and there was a reason he was number one. So we took it round-by-round.”

Warrington was taken for medical attention, but promoter Eddie Hearn did speak after the fight, as well.

“This is why it’s the best sport in the world. A young man, 22 years of age, comes in, no one gave him a chance,” Hearn said. “We knew he could fight. He beat the number one featherweight in the world. I don’t think I’ve seen bravery like I saw from Josh Warrington. He never recovered from the shot (in the fourth round).”

Hearn said of Warrington’s performance, “He was erratic after 16 months out of the ring. He got caught with a shot and he never recovered. I’ll never know how he got through the fourth round. … It’s back to the drawing board (for Warrington). It’s looking to the future. No excuses, he got beaten by a hungry young fighter who changed his life tonight.”

Hearn said there is a rematch clause, if Warrington wants to use it.

“He’s gonna want to take this man on again. After a fight like that, he’ll need a long rest,” the promoter said. “The most important thing now is to make sure he’s OK. That was a brutal fight. We do have the opportunity for a rematch if Warrington wants to, but it’s not on my mind at the moment. Let’s get Josh back to his family, let him recover, and come to terms with what was a devastating defeat. But he will come again, he’s a great fighter. Tonight showed us why we love boxing so much.”