Max Holloway opens up on past struggle with depression, says he has grown a lot as a person 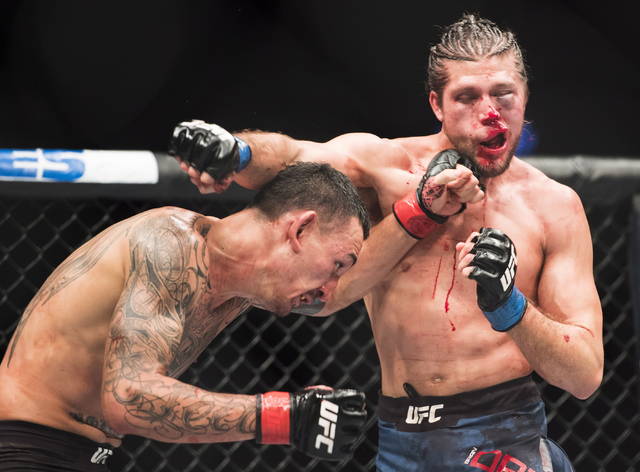 He might be the reigning UFC featherweight champion and one of the best pound-for-pound fighters in the world, but it hasn’t all been sunshine and rainbows for Max Holloway.

After suffering with concussion-like symptoms in 2018, ‘Blessed’ was ruled out of his title defense against Brian Ortega at UFC 226 and was only able to fight once during the whole year.

With the inactivity came depression, and Holloway says that, while it was an incredibly difficult time for him, he matured as a person and got to ‘figure out’ many different things in his life.

”Man, the last fight [against Brian Ortega at UFC 231] was emotional,” Holloway told Sports Illustrated ahead of his interim lightweight title bout with Dustin Poirier at UFC 236. “The year leading up to that, I had a bunch of fights fall through, had a little depression. I was fighting somewhat of depression. It was just crazy to have the fight like that.

”The last year, part of my career, three fights that got pulled from me,” he added. “I got hurt. I got hurt. After that, doctors pulled me twice. It goes from a guy… I’m so used to fighting two to four times a year to only fighting one time a year now. I had no control or say in it. After that stuff that happened, I was thinking like, ‘Man, what if I don’t ever fight again?’ That’s what led into it.

”I got to figure out other things in my life and do stuff,” Holloway said of the past year. “It was amazing. It was an amazing year. I grew a lot as a person … A true champion is not a guy who goes up there and can do champion stuff.”

Holloway did go on to defend his title against Ortega at UFC 231, and the Hawaiian will look capture the interim lightweight title when he takes on Poirier this weekend at UFC 236.

Holloway is glad to be back in full mental and physical health and the aspiring two-division champ can’t wait to lock horns with ‘The Diamond’ on Saturday.

“A true champion is someone who can hit rock bottom, come back up. This fight, April 13, next week, with Dustin, me and him, we had the highs, the lows that are lows in this sport, highs that are highs. Now we’re back at the highs of the highs, be able to fight for the 155 gold, one of the most dangerous divisions.”