Meaning of the term “Osu!” 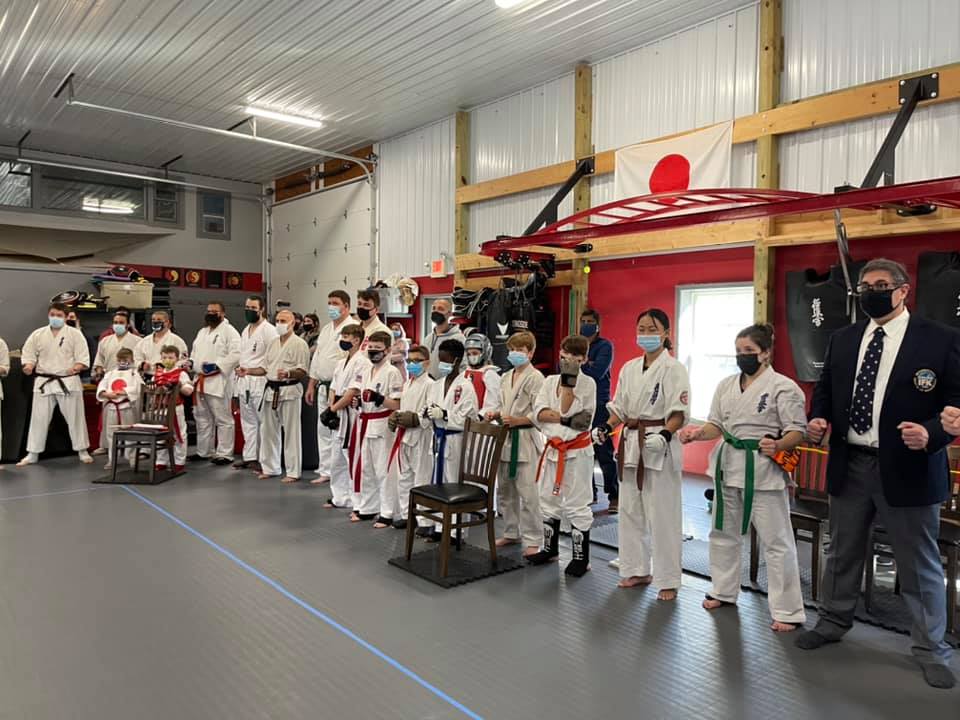 Osu is a term familiar to most karateka. The way it is often bellowed in some dojo makes me want to spell “OSSSSU!”

The term gets plenty of usages. It can mean “yes,” “I understand,” or “Hoorah.” It also can be a way to greet a dojo-mate.

There are several explanations of the term’s history. Most agree that “osu” is a contraction of Ohayo gozaimasu (Good morning) and became a standard greeting in the Japanese navy in the early20th century.

Supposedly inspiring tales of “what osu means” are popular in the karateWestern dojo. I once heard a Japanese karate instructor deliver to someone who asked for an explanation of osu that was patently absurd. Later, I mentioned it to the instructor.

“Made the guy happy, didn’t it?” was the instructor’s response.

As you know, budo is full of these stories — what the belt colors or wrinkles in a hakama symbolize, for example. These are myths, stories to supposedly explain or add some meaning to conventions that usually evolved for totally different reasons than those given.

Prometheus did not steal a spark from Zeus to give man fire, although it’s an incredible story. The black belt did not come about due to a white belt becoming discolored by the sweat and dirt of hard training. Both are myths meant to explain things that now exist.

The problem here is that as with ambitious stories about the “real” meaning of osu, the Japanese martial arts are still somewhat mysterious concerning their origins and lore, which means these tales are taken seriously. Worse, because people don’t know the actual basis for much of what they do in the dojo, they create these explanations.

How the greeting of osu became, a catch-all expression in some dojo remains a mystery. Others use the word in unrelated segments of Japanese society: Sushi chefs sometimes use it while conversing with their peers. Young men who are harsh or wish to be thought so employ it. In this sense, osu is a rough equivalent to “Yo!” or “Dude!” Women do not say osu in conversational Japanese — although that language is changing rapidly, it may soon become standard for females to use it.

A clue to the appearance of osu in karate dojo is that many of the karate teachers of the 20th century graduated from Takushoku University. While it’s a fine institution, Takushoku has a reputation for being a jock school. Athletics have always been a big part of the scene there. So you can see why young men at the school engaged in sports would use slang like osu. You also can see why graduates who went on to form the core of the Japan Karate Association would continue to use it in their dojo. (The same can be said for other karate and budo dojo where most of the graduates have come from schools with similar athletic emphasis.)

You can find the whole article HERE.