Mike Tyson on Anthony Joshua: His mind gotta be right 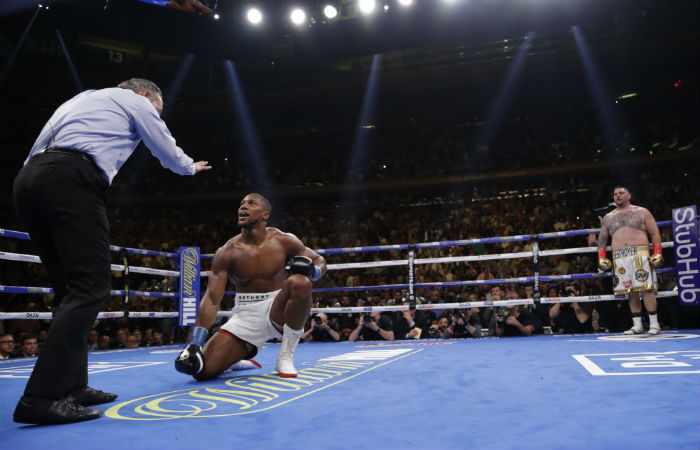 If there’s somebody who knows how to bounce back from a shocking defeat, it gotta be the former undisputed heavyweight champion of the world – the one and only Mike Tyson.

“Iron” Mike has given his unique perspective on former unified world heavyweight king Anthony Joshua (22-1) who got beat by Andy Ruiz Jr. (33-1)  last month in New York. “AJ” was going into the fight as undoubtedly the best in the blue-ribbon division, but Ruiz dropped him 4 times before the ref stopped the fight in the 7th round.

Tyson himself was once invincible in the ring until James Douglas KO’d him in 1990, handing him his first pro loss. Even though Mike didn’t face “Buster” in his next fight, Tyson managed to get back on the winning track, defeating Henry Tillman 4 months later.

Here’s what “The Baddest Man on the Planet” had to say on Joshua’s loss and his upcoming rematch with the Mexican-American boxer.

“He can win it back though, but his mind has to be right. He ain’t gonna win it back if his mind’s f***ed up.

“His mind’s gotta be right, he’s gotta dedicate his life to doing this. He’s gotta stay away from himself. When we go training, we go away in the mountains, we’re staying away from ourself and our thoughts. In the mountains away from everybody, just the animals and the woods and stuff. You’re facing your demons alone.

“His spirits appear well to you, but in his mind… what’s going on in his mind?” Mike continued. F**k. This stage in life is really what makes them. Because they already have money now. Now it’s all about: Who are you?

“Now you’re dealing with adversity, who are you? What are you gonna do now? Are you gonna lay down now? And say, ‘Hey, I don’t want no more.’