Morning Report: Dustin Poirier says he has ‘four or five years’ left in MMA, only interested in fights that will ‘leave a legacy’ 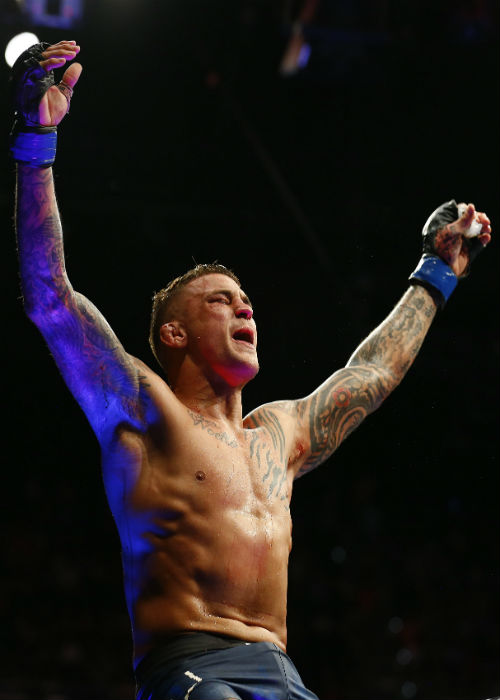 Last month, Dustin Poirier reasserted himself right at the top of the pile of lightweight contenders with a five-round unanimous decision win over Dan Hooker. The fight was the kind of back-and-forth war that is sure to be embraced during year end awards season but it’s also the kind of hard-fought battle that can shorten careers. Poirier even made note of this fact after the fight, saying that he isn’t sure how much longer he will fight “because I don’t want to love this so much that it kills me.”

Now, nearly a full month removed from the fight, Poirier has had more time to reflect on his future and the second-ranked lightweight contender believes he has four or five more years left in the tank.

“I’ve been fighting for a while, I have 40 fights, and I want these last four or five years to really mean something every time I get into the octagon,” Poirier told Jim Rome this week. “Not only for me and my family, but for the goals that I’m trying to bring awareness to and raise money for and for my career. I really want to leave a legacy.”

Poirier already has quite a legacy as one of the premier action-fighters of his era, but following the birth of his daughter in 2016, Poirier turned a corner and became one of the best fighters of his era, full stop. Since 2017, Poirier has gone 6-1, with 1 No Contest, including wins over Anthony Pettis, Justin Gaethje, Eddie Alvarez, and an interim title win over Max Holloway. His failed lightweight title bid against Khabib Nurmagomedov briefly stymied his plans but, moving forward and considering all he’s accomplished, “The Diamond” says he’s only interested in big, legacy-defining fights.

“I’m not sure what the options will be when the UFC comes back and starts sitting at the table to make these matches,” Poirier said. “It needs to be a really big name or a title fight. I’ve been doing this for 10 years in the UFC, and I still love fighting, but I want these fights to mean more than just a fight. I don’t want it to just be about a show and win purse. I want it to really mean something, and I know I’m in the back nine of my career.”

Even outside of fighting though, Poirier’s legacy is secure. This year, he became the inaugural winner of the UFC’s Forrest Griffin Community Award for his charitable work with his The Good Fight Foundation. And when he does finally walk away from the sport, it’s the outside-the-cage things – his family and his charity – that will define him.

“It puts fighting into perspective,” Poirier said. “It’s just something I do, something I do very well, but it’s just part of my life. Whenever fighting stops, I’m still going to be a father and I’m still gonna be the president of The Good Fight Foundation and I’m still going to be a husband. Realizing that and growing up in the sport and being more mature now lets me put it that way and lets me think of it that way. I enjoy it. I love fighting. But it’s gonna stop one day and these other things will not. So I’m just enjoying the ride of everything.”