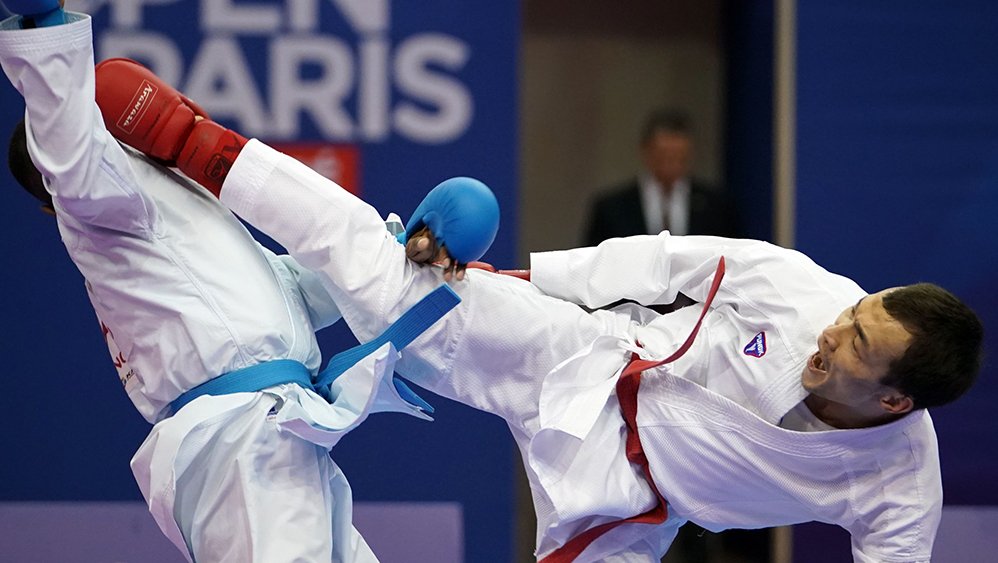 The quest to earn the qualification to the Olympic Games Tokyo 2020 is as fierce as ever. After the latest update, the Karate Olympic standings present new leaders and new names taking over the qualifying spots.

The top four-ranked athletes in the standings of the six Olympic categories will win the direct ticket to participate in the Olympic Games Tokyo 2020. The Olympic standings will represent the first means of qualification for karatekas to be part of the Olympic debut of the sport in Tokyo next year.

Ryo Kiyuna of Japan maintains the top position in Male Kata. The current World champion used his victory in Karate 1-Premier League Shanghai to remain as the leader of the category with 652.5‬ points over Damian Quintero of Spain. The Spanish World Championships runner-up won gold at the European Games barely two weeks ago and heads the rest of the qualifying positions which are also taken by Ali Sofuoglu of Turkey, Antonio Diaz of Venezuela and Mattia Busato of Italy. Ilja Smorguner of Germany is next in the qualifying spots in the standings at 1,020‬ points.

Kazakhstan’s Darkhan Assadilov has used his success in Karate 1-Premier League to take over Male Kumite -67kg. One of the karatekas in the best form this season, Assadilov won gold in the last two events, Karate 1-Series A Montreal and Karate 1-Premier League Shanghai. The World Championships bronze medallist from Kazakhstan takes a slight 37.5‬ points-advantage over France’s Steven Dacosta. Top karatekas such as World champion Angelo Crescenzo of Italy and African champion Ali Elsawy of Egypt claim the rest of the qualifying positions with Naoto Sago taking the Japanese spot. Grand Winner Eray Samdan of Turkey is fifth at only 150 points from fourth place.

The race to the Olympic Games in Male Kumite -75kg has been so contended that less than 1000 points separate the top four places of the standings. Iran’s Bahman Asgari Ghoncheh is the new leader, taking over Luigi Busa of Italy, at only 187.5 points. Rafael Aghayev of Azerbaijan and Thomas Scott of the USA take the other two spots with Ken Nishimura as the best-ranked Japanese karateka. The fifth place is for newly-proclaimed European Games champion Stanislav Horuna of Ukraine who is only ‭360‬ points away of the fourth place.

All the qualifying spots in Male Kumite +75kg are taken by the top favorites of the category. Turkey’s Ugur Aktas leads the standings with 1,575 points over World champion Jonathan Horne of Germany. Former Grand Winner Sajad Ganzjadeh of Iran and World champion Ivan Kvesic of Croatia claim the other spots. Ryutaro Araga is the best-placed Japanese while Alparslan Yamanouglu of Turkey hopes to make it to the fourth place at only ‭825‬ points.

Sandra Sanchez of Spain and Kiyou Shimizu of Japan are clearly leading Female Kata. The two top contenders of the category who have claimed all the gold medals in international events this year have respectively a 2,887.5 points and 1,987.5‬ points-lead over third-placed Viviana Bottaro of Italy. Mo Sheung Grace Lau of Hong Kong and Sakura Kokumai of the USA take the other two places with Maria Dimitrova in the next qualifying spot at 622.5‬ points of the fourth place.

With medals in all nine events this year, Serap Ozcelik of Turkey is fast becoming the most exceptional athlete of the season. The winner of Karate 1-Premier League Shanghai and silver medallist of the European Games has a comfortable 2,070‬ point-lead over second-placed Anzhelika Terliuga of Ukraine. Tzu-Yun Wen of Chinese Taipei, Miho Miyahara of Japan and European Games gold medallist Bettina Plank of Austria take the rest of the qualifying spots. The fifth place is for World champion Dorota Banaszczyk of Poland at ‭435‬ points of the fourth place.

Following her gold medal at home at the Karate 1-Premier League Shanghai, China’s Xiaoyan Yin maintains the leadership of Female Kumite -61kg. The current continental champion holds a lead of 1,275 points over African champion Giana Lotfy of Egypt. World champion Jovana Prekovic of Serbia, Merve Coban of Turkey and Mayumi Someya of Japan go into the top spots with France’s Gwendoline Philippe at 817.5‬ points of the fourth place.

The category of Female Kumite +61kg is so undecided that up to the seventh-placed athlete are in qualifying spots. The leader of the category is Elena Quirici of Switzerland who has taken medals in six of the eight events this year. Ayumi Uekusa of Japan is second at ‭570‬ points while Irina Zaretska of Azerbaijan is third at 742.5 points of the leader. World champion Eleni Chatziliadou of Greece and Asian champion Hamideh Abbasali of Iran take the rest of the qualifying places. France’s Alizee Agier is sixth but out of the qualifying spots due to the merging of the category, as newly-proclaimed European Games champion Silvia Semeraro of Italy is next in the standings at 232.5‬ points of the last place with the right to be in Tokyo 2020.