Olympic Champs Focken, Lorincz Among Stars to Announce Retirement in ’21 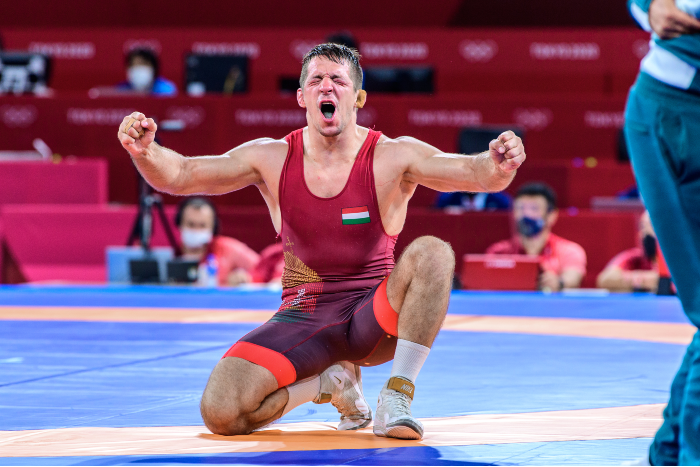 Aline FOCKEN (GER) has been on the top of the podium on numerous occasions in her career. Few of those stood out like the gold at the ’14 World Championships and top finish in various European Championships. But nothing fulfills a sportsperson’s career like an Olympic medal. So when Focken won the gold at the Tokyo Games earlier this year, she knew it was the highest point of her career.

“I knew that I will retire after the Tokyo Olympics,” Focken said. “Not because I don’t like wrestling, I still love it, just because I wanted to enjoy other things in life and that my body is healthy enough to live a great life after.

“And secretly I’ve always dreamt of retiring as an Olympic champion,” she said.

The 30-year-old did exactly that when she defeated Adeline GRAY (USA) in the 76kg final in Tokyo and claimed Germany’s first-ever medal at the Games in women’s wrestling.

She is not the only Olympic champion to retire this year as 77kg Greco-Roman champ Tamas LORINCZ (HUN) also decided to draw the curtains on his long and illustrious career in which he won two Olympic medals.

The 35-year-old Lorincz, who also won a silver medal at the 2012 London Olympics, defeated young star Anzol MAKHMUDOV (KGZ) in the 77kg final to claim his gold and later made it clear that he will not like to wrestle again after his fourth Olympics.

Lorincz’s career followed a steady path after his 16th-place finish in Rio. Previously, he only had one world medal — a bronze in ’14 — but since ’16, he won two silvers and a gold at the ’19 World Championships to qualify for the Tokyo Olympics.

Three-time world champion Staebler ended his long wait for an Olympic medal by winning the bronze in Tokyo at 67kg and then left his wrestling shoes on the mat, marking an end to a glorious career.

In the previous two appearances, he had come agonizingly close to winning a medal, finishing fifth and seventh in ’12 and ’16, respectively.